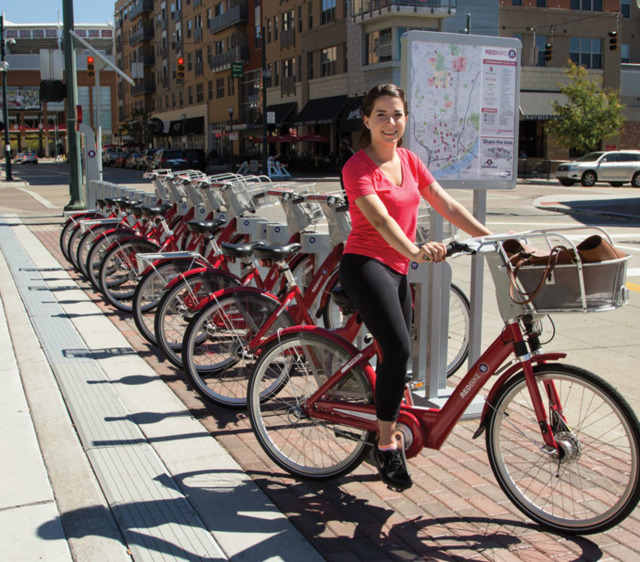 Good afternoon all. It’s winter again, apparently. That’s neat, I guess, since it was basically spring three days ago. Climate change will kill us all someday, but in the meantime, it’s definitely providing us with a nice break from the monotony of predictable, sane weather patterns. Anyway, news time.

Councilwoman Yvette Simpson got a big endorsement in her mayoral fight against incumbent John Cranley and former University of Cincinnati board chair Rob Richardson Jr. yesterday. Cincinnati Civil Rights icon and former Vice Mayor Marian Spencer gave her endorsement to Simpson via a video message posted to social media. Spencer has been a big booster of good governance efforts and in 2015 butted heads with Cranley over his proposed park tax, which she criticized for amending the city’s charter. Spencer has been a member of the city’s charter committee for three-quarters of a century. She was the city’s first black woman city councilmember, blazing a trail that Simpson would eventually follow. Cranley has grabbed a number of his own endorsements, including many from major city labor union chapters and the Ohio Democratic Party’s nod.

• Mayor Cranley has appointed two new members to the Cincinnati Board of Parks Commissioners, both with ties to the local business community. Council will make the final call next week on Cranley’s appointees, United Dairy Farmers CEO Brad Lindner and retired Procter & Gamble researcher Linda Lee Thomas. It’s a shifting time for the board, which will pick a new director later this year as current director Willie Carden retires. It’s been a rough patch for Parks, which saw voters reject a controversial tax levy put forward by Cranley, lack of transparency regarding spending between the board and its nonprofit foundation, including political expenditures to boost that levy and revelations about improper contracting practices.

• Cincinnati Red Bike is one of the largest bike shares in the country, according to this list put out by the blog Greater Greater Washington. The blog compares numbers of stations offered by the 119 bike shares across the country. Cincinnati ranks 17 on that list with 57 stations, just one less than San Francisco somehow. That seems like a lot, but New York City, in the top spot, has well over 8.4 million people sharing 645 stations, or about 13,000 people per station. Per capita, however, Cincinnati does better than NYC, with just 5,263 people per station. That’s not as good as second-ranked Chicago, though, which has 2.7 million people and 581 stations, or 4,647 people per station. Currently, every major city in the country except Saint Louis and Detroit operates some form of bike share, though one in Seattle will close this spring.

• Hamilton County is about to lose $15 million a year in revenue thanks to a federal shake-up baring a particular sales tax on Medicaid care, and Ohio Gov. John Kasich has warned urban counties that will suffer most from the loss not to expect a permanent fix from the state. The chunk represents about 7 percent of the county’s total sales tax receipts, breaking down to a $6 million bite out of the county’s general fund, another $6 million from the fund that pays debt on the stadiums and $3 million from the Union Terminal renovation fund. While the Southwest Ohio Regional Transit System won’t suffer directly from the rollback because it doesn’t collect sales taxes, the shortfall could make it harder to convince voters to pass a big tax levy later this year to shore up a regional bus system that doesn’t connect enough residents to jobs and other vital destinations. Kasich has offered state help in weaning counties off the money, but Ohio itself stands to lose more than half a billion dollars in tax revenue from the change, which the federal government first warned Ohio about in 2014.

• Speaking of Kasich, did his run for president slow down his role as governor last year? An analysis by The Cincinnati Enquirer seems to show that. Kasich proposed few new policy initiatives, released only 279 press releases last year compared to 728 in 2014, tinkered around the edges on policy in his budget-like proposals that he’s released in non-budget years, mostly contented himself with vetoes as some of his biggest legislative moves and more. The slowdown may also have some of its roots in an increasingly anti-establishment wing of the GOP-dominated Ohio State House, which has bucked Kasich and other more traditional members of the party. Kasich has vowed to make his last year in office very productive, however, and will produce “robust and bold proposals” in his next budget, according to his office. Kasich’s folks also highlight a number of items they say are big wins for the governor, including boosting jobs, closing down shady pill manufacturers and other initiatives, though many of these were launched before his big 2016 run.

• Finally, did Republican Kentucky Gov. Matt Bevin vengefully axe a road project in the district of a state legislator who wouldn’t hop over to the GOP side? A new report commissioned by a special committee in the Kentucky State House says it can’t find evidence that it happened, but also says that a $625,000 termination fee to a contractor that was slated to work on the road project was improper. What’s more, the committee said lack of cooperation from witnesses meant that finding the truth about whether Bevin stopped an $11 million project in Jessamine County to punish Democrat Rep. Russ Meyer for not switching teams was difficult, and that Bevin did seem to apply similar pressure to another Democrat, Rep. Kevin Sinnette. The committee also says that it didn’t get a chance to convene a final time to finalize the report before the legislative session ended and that its results should be read as the perspective of the committee’s attorney Eli Richardson, not the committee itself. Sounds… totally conclusive, right?