The report also ranks Ohio as the 13th worst state in the nation for tax inequality. 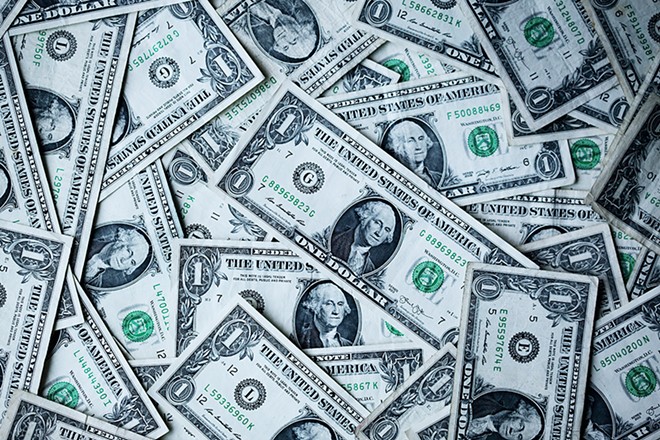 Photo: Alexander Grey, Unsplash
A new report from Washington think tank The Institute for Policy Studies ranks Ohio as tied for 7th worst in the nation for enabling billionaires and exacerbating inequality.

By loosening trust laws for more than 20 years, Ohio has established itself as an “emerging enabler” of billionaires and wealth inequality, a new report from Washington think tank The Institute for Policy Studies says. The report ranks Ohio as tied for 7th worst in the nation for enabling billionaires and exacerbating inequality.

“Billionaire wealth has skyrocketed over the past several years, including during the pandemic,” the September report says. “This swelling tide of wealth is not lifting all boats. As wages continue to stagnate and everyday Americans still face health and economic harms from the pandemic, wealth inequality is a yawning chasm.”

Since the start of the U.S. COVID-19 crisis in March 2020, known billionaire wealth has increased by more than 50%, to nearly $5 trillion, the Institute wrote.

But that’s not the whole story of inequality. The Institute says trillions more are likely secretly sequestered in trusts.

“Trusts are key to this story. These financial vehicles facilitate tax avoidance and evasion and help to entrench the status and fortune of wealthy elites,” the report says.

It pointed to the October 2021 publication of the Pandora Papers, a trove of documents that highlight how the world’s wealthy elites use trusts to evade taxation and hide often-illicit wealth from the public.

The Pandora Papers were published by The International Consortium of Investigative Journalists (ICIJ), and the Institute highlighted Pandora’s revelations of the United States emerging as a major global tax haven.

The U.S. hosts about $5.6 trillion in trust and estate assets, the report estimates, saying much of these assets belong to the uber-wealthy — both international and domestic — and are held in trust in states “subservient to the trust industry.”

What makes a state subservient to the trust industry? The enabling of illicit wealth hiding and tax avoidance, the Institute asserts.

Additionally, “There is a significant correlation between regressive state taxation systems, which hurt the poorest residents, and trust-subservient state laws,” the report says. “Of the 13 states captured by the trust industry we have profiled here, eight are among the 15 most regressive tax states in the country. These states often cut taxes for the wealthiest and instead rely on the poor to pay a disproportionate amount of their income in taxes.”

Trust deregulation is often bipartisan, the report emphasizes. Trust and estate lawyers regularly lobby state legislatures and sometimes work in official capacities with states to write legislation favorable to the industry, it says.

Ohio as an emerging enabler

The report says Ohio has at least $17 billion in trust assets spread across six companies. It ranks Ohio as the 13th worst state in the nation for tax inequality.

“Ohio is another state that is slowly morphing its trust legislation to join the race to the bottom. In 1999, it took the first step by weakening the Rule Against Perpetuities by allowing trusts to opt out of time-limited trusts. More than a decade later, in 2012, the state passed its own domestic asset protection trust act, allowing trust grantors to shelter their assets from creditors. The state calls these trusts Ohio Legacy Trusts.”

In addition to co-authorship of the law, Baker Hostetler partner Rob Galloway testified to the legislature in support, the report says, using the argument that too many families were setting up private trust companies outside of the state of Ohio. The only opposition testimony came from the Ohio Bankers League, as private family trust companies would be competitors to Ohio banks.

Ohio does not report trust assets, the report notes, and in 2021, the state did not list the six trust companies in its annual report.

What’s to be done?

The Institute offers several solution, all predicated on federal action after concluding that, “States are engaged in a rapid race to the bottom, so federal action is needed.”

The report calls for: