The reprieves by Ohio Gov. Mike DeWine come as state officials struggle with obtaining the drugs necessary for the state's lethal injection process and with the question of whether the state should have the death penalty at all. 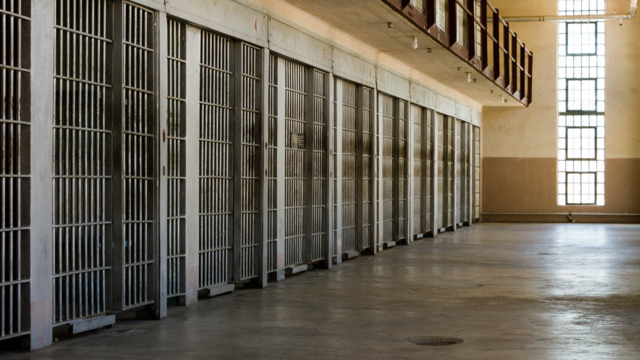 Ohio Gov. Mike DeWine today announced that the state will delay three more executions originally set for this year — yet another set of reprieves as the state searches for a solution to problems with its lethal injection execution methods.

DeWine's office says that the death sentence of Gregory Lott will be delayed until May 27, 2021. Another inmate, John David Stumpf, will receive a reprieve until May 15, 2021, and Warren Keith Henness is now not scheduled to be put to death until Jan. 12, 2022.

“Governor DeWine is issuing these reprieves due to ongoing problems involving the willingness of pharmaceutical suppliers to provide drugs to the Ohio Department of Rehabilitation and Correction, pursuant to DRC protocol, without endangering other Ohioans,” DeWine's office said in a news release today.

Ohio still has two-dozen executions scheduled through 2024 — though there is no clear path forward for carrying them out as of now.

Six years ago, Ohio prison employees injected convicted killer Dennis McGuire with a two-drug cocktail that was supposed to end his life quickly and painlessly.

It took 26 minutes for the mixture of hydromorphone and midazolam to kill McGuire — the longest execution since Ohio resumed capital punishment in 1999 — and witnesses reported the condemned man loudly gasping for air.

The incident sparked court challenges claiming the drug cocktail constitutes cruel and unusual punishment in violation of the U.S. Constitution and eventually led the state to issue a moratorium on executions until it could find a new cocktail of lethal drugs that is more humane. But the choice it settled on — which still contains the controversial drug midazolam — is now being questioned.

Midazolam can cause sensations similar to drowning, triggering an inmate's lungs to fill with fluid, a federal judge in Dayton pointed out earlier this year while expressing concerns the execution method could be unconstitutional.

Ohio officials are unable to secure the drugs necessary to put inmates to death via lethal injection, DeWine announced last August, and must cease using them or risk being unable to buy the drugs for other purposes.

DeWine last year delayed other executions as the state searched for a new lethal injection method.

Despite the federal judge's concerns, DeWine and state attorneys have contended that using midazolam isn't cruel and unusual punishment. They pointed to a ruling by Supreme Court Justice Neil Gorsuch arguing that since hanging wasn't considered "cruel and unusual" punishment when the Constitution was drafted, pain and suffering alone can't be used to block putting someone to death.

The dearth of drugs available for executions makes that legal battle moot, however, at least for now. DeWine has said he would leave a decision about other execution methods — including the electric chair or firing squads — up to the Ohio legislature.

As the state struggles to find drugs for lethal executions, Republicans in the Ohio House of Representatives are discussing an end to the state's death penalty laws, Ohio House Speaker Larry Householder said last month.

“We have been talking about, you know, is there support today to get rid of the death penalty or not," Householder told media outlets at the capital. "We’ve been having those discussions.”

Those preliminary conversations have not coalesced into anything formal yet, Householder said.