Cincinnati, Cleveland and Lakewood have all pledged to commit to 100% clean and renewable energy. 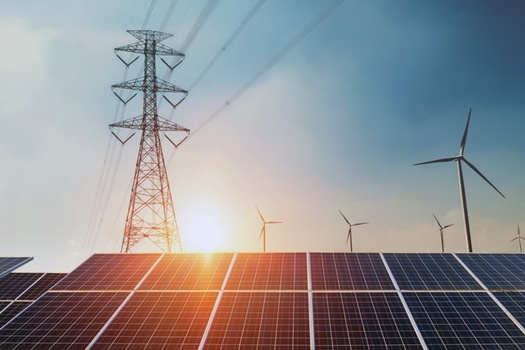 Photo: AdobeStock
Columbus and Grove City are planning to transition to 100% renewable energy from new wind and solar generation facilities in the state.

Cities around Ohio are creating a seismic shift in the state's energy landscape.

Voters in Columbus and Grove City this month approved ballot measures (Issues 1 and 10) that enact Community Choice Aggregation, which allows for residents and businesses in the community to collectively bargain for bulk purchase energy rates from utilities.

Cathy Bowan Becker, chair of the Sierra Club's Ready for 100 Campaign, explained the measures also require the energy to be derived from 100% renewable energy from new wind and solar generation facilities in the state.

"Grove City is the largest and fastest-growing suburb in central Ohio," Becker noted. "So to have both the largest city and its largest suburb on board will really boost a whole new energy industry in central Ohio creating jobs, cleaning our grid, reducing pollution."

Becker said considering the state's track record of hostility toward clean energy, the passage of the measures is a testament to the hard work of activists who met with city leaders and educated community members about the issue.

Cincinnati, Cleveland and Lakewood have pledged to commit to 100% clean and renewable energy.

Tom Bullock, a city councilman in Lakewood, said a goal was officially adopted in legislation to use 100% clean power by 2025 to power city operations, and then by 2035 for the community at large.

"So this is a way for the city to communicate back to the public that, hey, we're paying attention," Bullock observed. "We're making smart decisions. We're planning for the future, and we want to do a good job."

Lakewood is researching 100% clean-power contracts and carbon tracking to reduce emissions.Bullock stated other initiatives include a bicycle master plan, urban forestry and solar-panel installations. And he added they are sharing their projects with other communities in the hopes of creating a collaboration of best practices.

"We learn from other cities, too," Bullock emphasized. "There's a real two-way exchange between local governments, so innovation happens from the bottom up in Ohio."

The Sierra Club is working on 100% clean-energy efforts in Akron, Athens, Dayton and Toledo.