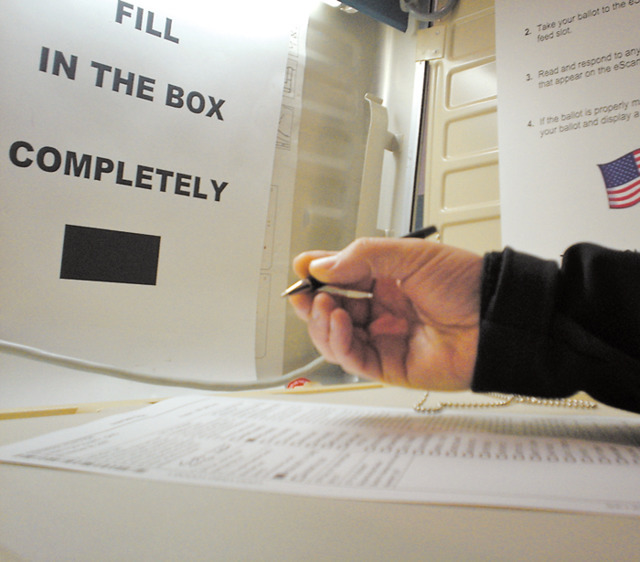 Those going to their polling places will be greeted with signs advising the locations are closed. DeWine has suggested that absentee voting be extended and that in-person voting take place June 2.

In her order, Acton cited a clause in the Ohio Revised Code that gives the health department the power to "make special or standing orders... for preventing the spread of contagious or infectious diseases."

"During this time when we face an unprecedented public health crisis, to conduct an election tomorrow would force poll workers and voters to place themselves at an unacceptable health risk of contracting coronavirus," DeWine said in a statement. "As such, Dr. Amy Acton will order the polls closed as a health emergency. While the polls will be closed tomorrow, Secretary of State Frank LaRose will seek a remedy through the courts to extend voting options so that every voter who wants to vote will be granted that opportunity."

The move comes after a night in which the DeWine administration fought a back-and-forth battle to close the polls after making the suggestion less than 24 hours prior to the election.

DeWine couldn't postpone elections on his own. A group of Ohioans March 16 filed a lawsuit in Franklin County asking the courts to implement DeWine's suggestion. DeWine asked Ohio Attorney General Dave Yost, who represents the state, not to contest that suit.

But that evening, Franklin County Common Pleas Court Judge Richard Frye ruled the election must go on because there was no sign that voting in person will be safer by the suggested voting date of June 2, because the legislature could not weigh in, because ballots could be lost and other reasons.

Former Ohio Department of Aging Director Judith Brachman was the plaintiff in the case.

A challenge to DeWine's move was also filed in the Ohio Supreme Court, though the high court declined to take up the case.

No cases have yet been confirmed in Hamilton County, though health officials say that is very likely coming.

DeWine also said that fears from many poll workers and voters — especially older ones — about possible contracting COVID-19 played into the decision.

The new directive made holding the primary safely impossible, DeWine says, especially for older people who are most at risk of a severe case of the virus.

With DeWine's proposal, Ohioans would be able to vote absentee up until in-person voting on June 2. Later than that would be too late for both major parties to select delegates for the November presidential election, DeWine says.

Ohio Secretary of State Frank LaRose said that using previous guidance, his office and other state officials believed it would be possible to hold the election.

"I respectfully disagree with Governor Dewine’s decision to move the election with less than twenty-four hours’ notice," Cranley's statement reads. "I have supported the Governor’s other public health orders related to the coronavirus, and I believe the Governor made this decision because he believes it is right for public health. However, I worry that the precedent could haunt future elections by people who are not motivated by the same public good. I also believe that there is no reason to assume that June 2nd in-person voting won’t also be delayed. Accordingly, I am calling on the State to mail absentee ballots to all registered voters and encourage mail-in voting.”

However, Lt. Gov. Husted said that other vital functions aren't in danger of closing.

Visit our live blog for the latest COVID-19-related news, announcements, cancelations and other updates.