Doctors who don't provide information about a medically unsupported procedure could face jail time, according to the bill. 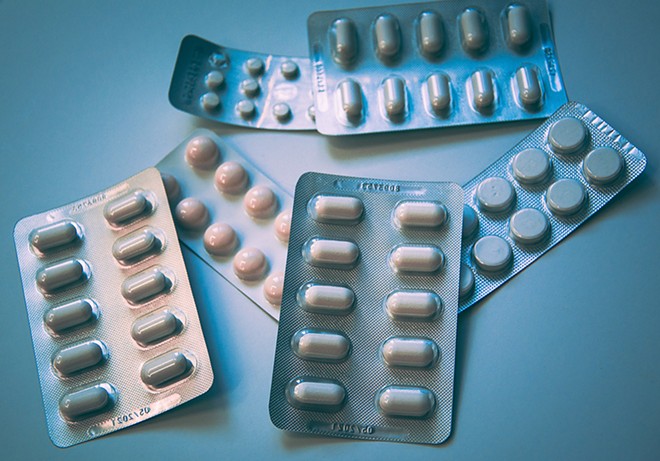 A bill that would require Ohio doctors to provide information about a medically unsupported abortion “reversal” procedure or risk jail time is back under consideration by the Ohio legislature.

House Bill 378 was introduced in the House Health Committee on Tuesday, for its first hearing since being brought to the General Assembly in July.

The bill, which sponsors consider an “informed consent” bill, would require the Ohio Department of Health to put together a “pamphlet” with information related to mifepristone, a two-pill regimen used in medication abortions. The information sponsors want to see included in the pamphlet an experimental procedure to “reverse” the abortion, by stopping after taking the first pill and having a physician administer progesterone to counteract the effects of the first pill.

If a physician doesn’t provide the information within 24 hours of the procedure, the doctor could be charged with failure to disclose, and could also face civil penalties.

“The bill is structured in such a way that the Ohio Department of Health would be making sure that the flyer was available, with complete information for the woman so that she is more informed in making her decision,” said bill co-sponsor state Rep. Sarah Fowler-Arthur, R-Ashtabula.

When asked by state Rep. Dr. Beth Liston, D-Dublin, bill sponsors could not name another law on the books in Ohio that would charge physicians for failing to advise patients of the possibility of using “unsafe practices” or potential procedures “that may not be safe.”

“I don’t know what other laws that might incur. I would have to look over the entire Ohio Revised Code to see if that’s the case,” state Rep. Kyle Koehler, R-Springfield, said.

Professional associations across the country have denounced not only the procedure itself, but legislation in other states trying to require physicians to tell patients about it.

The American Medical Association, the largest professional association for doctors and medical students in the U.S., sued in federal court after North Dakota tried to change their informed consent law to include the dubious medication abortion reversal method.

The AMA argued the language was “forced speech, which requires physicians to deliver to their patients false, misleading non-medical information with which they disagree, to advertise an experimental treatment that runs counter to their patients’ best interests, and to violate their medical ethics.”

The American College of Obstetricians and Gynecologists has specific advocacy related to the medication abortion “reversal,” saying the practice “is not supported by science, and politicians “should never mandate treatments or require that physicians tell patients inaccurate information.”

A 2019 study to determine the effectiveness of the “abortion reversal” method that would be explained by the ODH pamphlets was stopped by the National Institutes of Health because of severe bleeding in some participants.

Bill sponsors state Rep. Kyle Koehler, R-Springfield, and Fowler-Arthur doubled down on the need for pregnant patients to hear the information, despite criticism by Democratic committee members who said controlling the message of physicians, especially when it has to do with an unproven medical procedure, is dangerous and unfit for politicians.

“I’m far more interested in promoting information to women who are considering becoming pregnant or who are pregnant that will help them understand how to take care of themselves, but also to prevent pregnancies should they wish not to become pregnant,” said state Rep. Mary Lightbody, D-Columbus. “I think we’re doing things that don’t give women enough information in the first place.”

Koehler cited information from Heartbeat International, a well-known and nationwide anti-abortion organization,  who found 2,500 cases in which the procedure worked, according to Koehler.

The bill will now face opponent and proponent testimony in future hearings with the committee.