He said he believes she would use her position on the Supreme Court to "legislate from the bench." 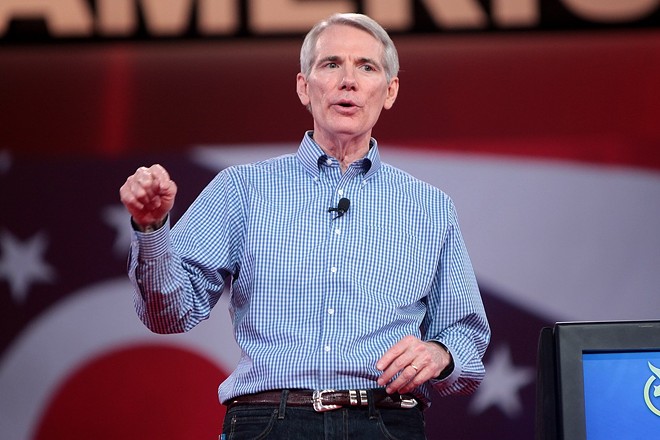 
Sen. Rob Portman will not support the Supreme Court nomination of Judge Ketanji Brown Jackson. In a statement Tuesday, Portman said that while Jackson's nomination was historic and that "all Americans can be proud of her personal story," he believed she would use her position on the Supreme Court to "legislate from the bench."

“We simply have a different judicial philosophy," Portman said. "I believe the job of a Supreme Court Justice is to fairly and impartially apply the law and protect our rights guaranteed by the Constitution, not to advance public policy goals by legislating from the bench."

Portman said that through his personal interactions with Jackson and through her answers during Senate Judiciary Committee hearings, he was convinced that she would not be constrained by  laws and precedent. He took particular exception to Jackson's alleged "indifference" to the idea of expanding the Supreme Court.

"During our personal meeting, Judge Jackson refused to say whether she supports adding more justices to the Court, a court-packing proposal the radical Left supports that would politicize and discredit the Court," Portman said. "During her hearing, she said she would be ‘thrilled to be one of however many justices there are on the Court,’ which suggests she is indifferent to the idea of court packing."

Jackson  is the first Black woman to be nominated to the U.S. Supreme Court. If confirmed, she would also be the first justice to have worked as a public defender.

The final vote on Brown's nomination is expected later this week. Some Republicans, including Maine's Susan Collins, Massachusetts' Mitt Romney, and Alaska's Lisa Murkowski, have already indicated that they would be supporting Jackson's nomination, decisions met with outrageous rhetoric from the GOP's lunatic fringe.

The confirmation of Supreme Court Justices has become increasingly partisan, with votes that hew closely to party lines. Portman, for example, voted to confirm Neil Gorsuch, Brett Kavanaugh and Amy Coney Barrett, all nominated to the high court by President Donald Trump.

Portman is in the final few months of his lame-duck term. He announced last year that he wouldn't run again due to the "partisan gridlock" of Washington. Go figure.