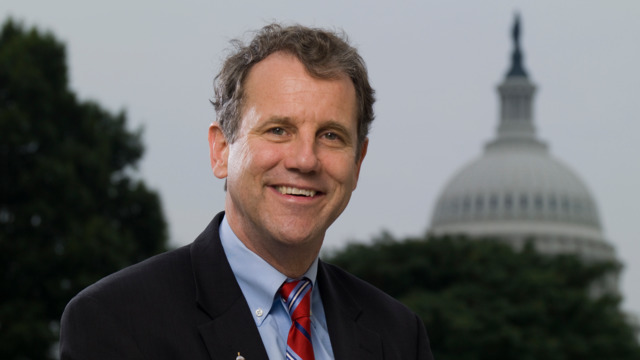 As the COVID-19 pandemic wears on, more and more workers across the country are finding themselves unemployed and without steady income. That's caused a litany of problems — including challenges for millions of tenants struggling to make rent and utility payments without sufficient income.

"We cannot leave behind the millions of Americans who could be facing eviction without rent relief now," Brown said today in a series of tweets. "The last thing we want during a public health crisis is people being forced out of their homes and onto the streets."

The last thing we want during a public health crisis is people being forced out of their homes and onto the streets.


The proposed $100 billion aid package would be be disbursed via the U.S. Department of Housing and Urban Development's existing Emergency Solutions Grant network, meaning that local service providers would administer the funds. Those grants are usually used to provide assistance to those experiencing homelessness or at risk of homelessness.

The bill doesn't set forth strict income eligibility limits, but HUD will be directed to spend 40 percent of the money on families making extremely low incomes (less than 30 percent of the Area Median Income, or $17,000 for a single person in Hamilton County).

Seventy percent of the fund would be spent on those households plus those making less than 50 percent of AMI, or less than $30,000 a year for a single person in Hamilton County.

HUD would be directed to spend the remaining 30 percent on households making up to 80 percent of AMI, or $45,600 for a single person in Hamilton County. But HUD can also grant waivers for areas with a number of households above those thresholds if they are struggling economically — up to 120 percent AMI.

Those incomes would be based on the day a household applies — meaning those who have recently experienced job losses would be eligible regardless of their previous income.

The bill has received endorsement from housing groups like the National Alliance to End Homelessness, the National Low Income Housing Coalition and others, including the Coalition On Homelessness and Housing in Ohio, which has been advocating for rent relief in future federal COVID-19 stimulus bills.

"Economists predict the coronavirus recession will continue well into 2021, yet stimulus checks are getting spent now and the extra unemployment boost expires in July," the group said in a news release today. "If Congress doesn’t take action now on emergency rental assistance, we’ll see a tsunami of evictions that could swamp Ohio’s homeless system while we’re still dealing with the pandemic."

While some Democrats in the U.S. House and Senate appear to support Brown's bill, it faces an uncertain fate in Congress, which is currently wrangling with the next round of stimulus efforts to prop up the mostly locked-down U.S. economy.