Republican members used a measure tied to retail poultry purchases to clear the path for greater oil and gas drilling on public lands. 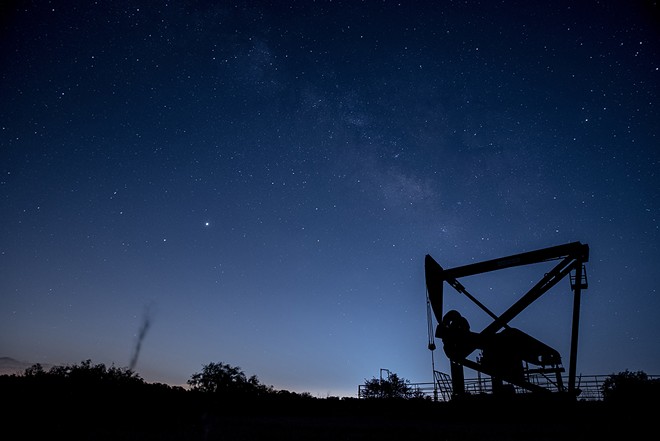 Photo: Jared Evans, Unsplash
Republican members of the Ohio Senate Agriculture committee tacked on a measure to clear the path for oil and gas drilling on public lands to a poultry bill.

In his testimony for the underlying measure, Rep. Kyle Koehler, R-Springfield, remarked the bill is “so simple it only changes one word” in state law. Citing complaints from 4H families, he argued for cutting the minimum purchasing amount of poultry chicks from six to three. He argued kids can only show one turkey at the fair. But to do so, they often wind up raising, and then butchering, five more.

Koehler’s humble proposal picked up a set of food safety provisions tied to canning and bottling before passing the Ohio House. The bill got much more complicated, though, after Huffman’s amendments.

The oil and gas provisions tacked onto Koehler’s bill attempt to force the hand of the state Oil and Gas Land Management Commission. Lawmakers devised the board during former Gov. John Kasich’s tenure, but Kasich never filled the seats. The commission began work under Gov. Mike DeWine, but they’ve yet to come up with rules for prospective drillers.

The commission website requests public comment on its current lease form by Jan. 13 next year and has a meeting on the calendar for Feb. 1.

The amendment directs all state agencies to accept leases on their land until those rules are finalized. Current law stating agencies “may” lease access to their land becomes “shall” lease with the amendment. It directs agencies to offer those leases “in good faith,” and only requires companies demonstrate they’re licensed and insured to go forward.

Sen. Dale Martin, D-Cleveland, spoke up against the changes.

“I know that it’s state property and the state goes about it, but the people in that area use the park and all these different things,” he said. “But I think they’re kind of losing their power on what goes on in that area.”

“It’s just that the leases are taking literally years to negotiate with the state of Ohio,” Schaffer argued, “And, you know, the minerals aren’t being harvested the way the state law says.”

He added that the leaseholders would only be drilling under state land rather siting equipment on the surface. For someone walking in a park he said, “You wouldn’t know the difference.”

Martin insisted that drilling will change the environment, even if the drilling isn’t visible.

The raft of changes came in what is likely the committee’s final hearing of the year, and just moments before voting to advance the bill out of committee.

No one from the public spoke for or against the changes at the time. Advocacy groups like the Ohio Environmental Council Action Fund and Policy Matters Ohio have since begun urging lawmakers to vote the bill down.