Don't spark up to ease your pigskin-related pain just yet, though 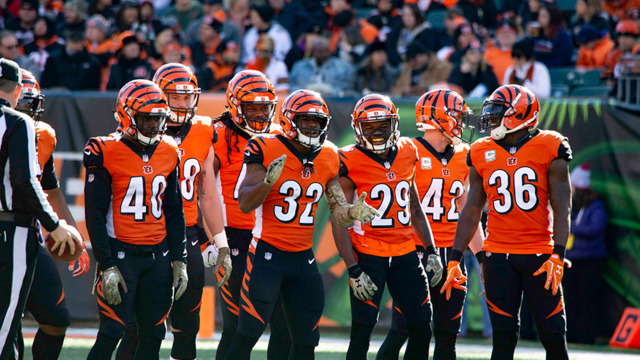 If you want to get medical marijuana in Ohio, you're going to need proof that you suffer from one of 21 conditions currently accepted by the state-run program. But folks are asking the state to consider some other particularly painful conditions.

The Ohio Medical Board in 2019 received 28 petitions asking it to consider other conditions. Those included some things you'd probably expect — like anxiety and depression — but there was also a sort of "Hail Mary," if you will.

It's not a secret that being a professional football fan in Ohio is a source of constant suffering. And while some people are into that particular brand of masochism (no shame; whatever gets you off), others would like relief from the pain.

To that end, at least one very witty person submitted "being a Bengals or Browns fan" as a condition the medical board should consider including in the marijuana licensure program. One could argue that's just another more specific iteration of depression or anxiety, both of which the board turned down last year and which have been resubmitted this year. But seeing as how the Bengals went 2-14 in 2019, dealing with disappointment week after week could qualify as its own acute illness.

Thus far in the state's program, the state has registered more than 78,000 patients with actual medical conditions eligible for medical marijuana. Roughly 55,600 of those have purchased marijuana so far.

There are a small, but growing, number of dispensaries where those folks can buy licensed marijuana products. The state has issued certificates of operation to 47 dispensaries, including Cincinnati's Have a Heart Cincy, which is owned by Rev. Damon Lynch III. That dispensary at 8420 Vine St. received its certificate Jan. 3.

A committee of the medical board is scheduled to meet Feb. 12 to consider petitions for adding new conditions, which this year include anxiety, depression, severe social anxiety, insomnia, lupus and a number of other ailments. That committee will draft recommendations to the full medical board, which will vote on any new additions this summer.

Don't hold your breath on legal medical marijuana for your Bengals affective disorder, however. To include a new condition, the board requires support from physicians and testimony from relevant medical experts.