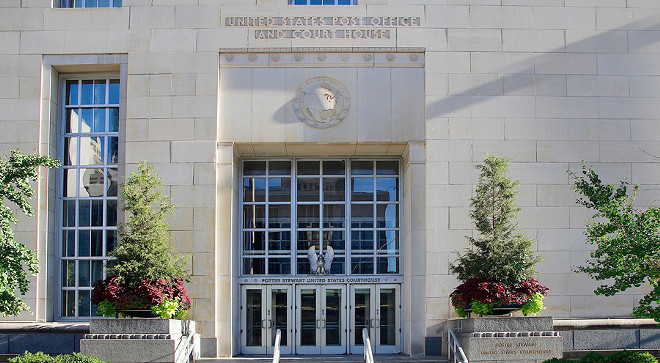 Last year as the summer reached its apex, Gov. John Kasich stood at the Columbus fairgrounds among revelers in shorts and sunglasses to kick off the Ohio State Fair. It’s a traditional duty for the governor, and one Kasich undertook with zeal. He had some chocolate ice cream, according to media reports, and marveled when a butterfly landed on his finger.

Kasich had to skip the ribbon cutting this year, his office says, because that day, July 26, he was monitoring Ohio’s first execution in more than three years, which took place at a state facility known as the Death House.

The execution has sparked protest from clergy, former correctional workers, legal watchdogs and others. The focus of that fight is a sedative, midazolam, which was also used in Ohio’s last lethal injection. That execution went badly awry, causing the state to pause executions. Critics say midazolam was at least partially at fault for that botched execution because it does not fully sedate inmates.

After the 6th Circuit Court of Appeals in Cincinnati cleared the state to resume putting prisoners to death last month, attorneys for death row inmates are frantically fighting to stop the practice.

At around 10 am the day of the execution, correctional officers strapped Ronald Phillips to a gurney at the Death House and begin injecting a cocktail of intravenous drugs — midazolam to sedate him, rocuronium bromide to paralyze him and potassium chloride to stop his heart — into his body until he died.

A jury convicted Phillips of raping and murdering his girlfriend’s three-year-old daughter in 1993 in Akron. Phillips’ attorneys filed with the U.S. Supreme Court seeking a stay of execution and a review of the 6th Circuit’s decision, but those requests were denied.

Two other Ohio death row inmates housed at the Chillicothe Correctional Facility, Gary Otte and Raymond Tibbets, are also included in the filings. Otte has been convicted of shooting two people to death in Parma during home robberies in 1992.

Tibbets was convicted of killing his wife and an elderly man who had hired Tibbets as his caretaker in 1997.

Despite their crimes, attorneys say Phillips, Otte and Tibbets are due the same constitutional protections as anyone else in the U.S.

"Ron Phillips committed an unspeakable crime when he was 19 years old, and was himself the product of a home filled with abuse and neglect," attorneys Timothy Sweeney and Lisa Lagos wrote in a statement following his execution. "But the grown man who woke up this morning at age 43, ready to face his punishment, did not in any way resemble that troubled and broken teen."

Beyond philosophical objections to the death penalty and arguments that prisoners can reform themselves, critics of midazolam say it doesn’t sedate inmates fully, leading to horrible suffering. The two other drugs Ohio will use to execute prisoners cause excruciating pain as they kill if a person is conscious.

Some drug experts are asking the state not to use midazolam. On July 24, 15 pharmacology professors from universities across the U.S. filed an amicus brief with the Supreme Court in connection with the Phillips case requesting that the use of the sedative in executions be halted. The brief highlights the “national importance” of the case when it comes to lethal injections.

“In sum, midazolam’s mechanism of action makes it unsuitable as the first drug in the State of Ohio’s three-drug lethal injection protocol because it is incapable of inducing unconsciousness and cannot prevent the infliction of severe pain,” the filing reads. “The record of midazolam-protocol executions is profoundly troubling.”

Attorneys say their challenge to Ohio’s use of the drug could have national implications.

“What is happening in Ohio is a matter of great concern everywhere,” attorney Mark Haddad said in a statement after asking the U.S. Supreme Court to step in. “The record in the Ohio prisoners’ case firmly establishes an intolerable risk of resuming executions under the midazolam three-drug protocol.”

A cocktail also containing midazolam as well as a derivative of morphine was used on Dennis McGuire, the last person Ohio put to death.

McGuire’s January 2014 execution took 26 minutes as the convicted murderer visibly choked and gasped. It was one of the longest executions in Ohio since the state resumed the practice in 1999.

Arkansas has seen a procession of grisly executions using the drug. And in Oklahoma, Clayton Lockett spent 45 minutes clinging to life after the drugs were administered before succumbing to a massive heart attack.

Following Woods’ two-hour execution in Arizona, that state decided to end the use of midazolam. Florida has also discontinued use of the drug in executions.

After a wave of controversy and court challenges surrounding the lengthy, most likely painful executions, Ohio temporarily put the brakes on carrying out the death penalty. The courts ordered the state to stop using its two-drug cocktail following legal challenges saying executions involving the combination likely violated the Constitution’s Eighth Amendment prohibition on cruel and unusual punishment.

The state then began to try to find ways to return to the three-drug mixture. But that cocktail still contains midazolam, something critics say is unacceptable.

Ohio had previously had difficulty sourcing the other two drugs in the cocktail it wants to use to kill Phillips due to drug manufacturers’ refusal to sell them for lethal injection purposes.

Now, the state has apparently found the drugs — though it isn’t saying who supplied them, something allowed by a controversial state law passed in 2014.

Court approval for the drugs came in June, when the 6th Circuit Court of Appeals ruled 8-6 to overturn a January ruling by federal Magistrate Judge Michael Merz. That earlier ruling put a stay on the execution of Phillips as well as two other pending executions.

“The Court concludes that use of midazolam as the first drug in Ohio’s present three-drug protocol will create a ‘substantial risk of serious harm’ or an ‘objectively intolerable risk of harm,’ ” Merz wrote in his opinion staying the executions.

But the 6th Circuit disagreed, and the U.S. Supreme Court has ruled that the cocktail Ohio has historically used is constitutional.

Ohio has defended its use of midazolam and the other drugs in the cocktail it intends to use on Phillips.

“The department used a similar combination from 1999 to 2009, and last year, the Supreme Court of the United States upheld the use of this specific three-drug combination,” JoEllen Smith, a spokeswoman for the Department of Rehabilitation and Correction, told cleveland.com last year.

Ohio’s move to resume executions has stirred controversy from those opposed to Ohio’s death penalty. The state has 26 executions scheduled after Phillips through 2021 and has 139 inmates on death row overall.

The group cited everything from the state’s rate of false convictions — since 1989, more than 40 people statewide have been exonerated after they’ve been wrongfully imprisoned, including 18 freed by the Ohio Innocence Project for major crimes like murder — to the use of midazolam.

In a letter to Kasich, retired Ohio Supreme Court judge and former prosecutor James Brogan, who chairs the joint task force on Ohio’s death penalty, took the governor to task for the state’s disregard of 56 suggestions the task force offered to reform the death penalty.

Among the critics who spoke at the news conference was Rex Zent, a retired Ohio prison warden representing 17 former prison employees who drafted a letter to Kasich asking him to stop executions.

During his remarks, Zent addressed the psychological trauma corrections workers have reported after being involved in executions and questioned whether further botched executions would happen due to midazolam.

“The drugs Ohio is planning to use have repeatedly been implicated in executions that didn’t go as planned,” Zent said. “How can we be certain that nothing wrong in any one of the next 27 executions will occur?” ©