The panel is interested in Jordan's texts about overturning the 2020 election as well as his conversations with Trump and White House staff. 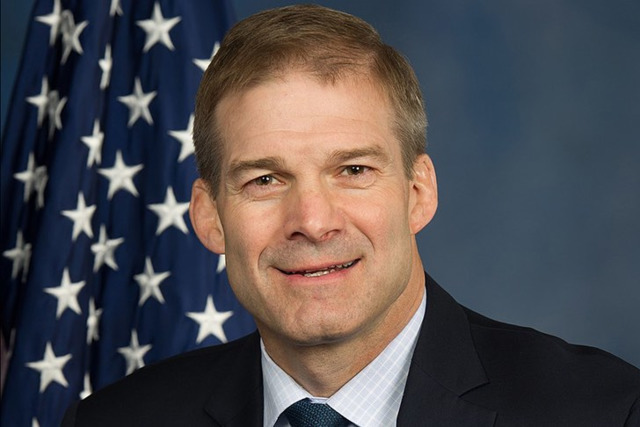 Congress' Jan. 6 committee may have to seek details about what happened before the attack on the U.S. Capitol building without the help of Ohio Rep. Jim Jordan, it seems.

Investigating all aspects of the violent Jan. 6, 2021, insurrection in Washington, D.C., the U.S. House of Representatives requested in late December a meeting with Jordan to discuss his connection to the event as well as his support for challenging the results of the November 2020 presidential election.

The panel is attempting to determine what role, if any, former U.S. President Donald Trump and his administration played in the Jan. 6 coup attempt, among other things. The violent attack that directly or indirectly killed at least seven people and terrorized politicians, law enforcement, staff workers and reporters in the Capitol largely was planned and undertaken by Trump supporters, investigators have found.

The committee is interested in Jordan's communications with Trump before and during the attack, some of which were recently released among a number of documents provided by Mark Meadows, Trump's former chief of staff. Texts from Jordan to Meadows were among them, including one in which he suggested that former U.S. Vice President Mike Pence "should call out all electoral votes that he believes are unconstitutional as no electoral votes at all."

The committee also is interested in Jordan's meetings with former White House officials about "overturning the results of the 2020 election," per Axios.

But on Jan. 9, Jordan, who represents Ohio's infamously oddly shaped 4th Congressional District, released a statement on Twitter saying that he would not cooperate with the committee.

In his letter to Mississippi Rep. and Jan. 6 committee chair Bennie Thompson, Jordan claimed that the panel asking to speak with him was "an outrageous abuse" and "far outside the bounds of any legitimate inquiry."

Jordan also said that the request was inappropriate because his communications with the White House before the attack were part of his "official duties."

The Jan. 6 panel will respond to Jordan soon, Politico reports.

"Mr. Jordan has admitted that he spoke directly to President Trump on January 6th and is thus a material witness. Mr. Jordan’s letter to the committee fails to address these facts," Politico reports a spokesperson as saying.

Wyoming Rep. and Jan. 6 committee member Liz Cheney, who, like Jordan, is a Republican, has spoken out against the GOP's embrace of lies that the 2020 election was "rigged" in favor of Biden. She recently said that during last year's attack on the U.S. Capitol, she told Jordan "Get away from me, you fucking did this" as politicians were being led to safety. Cheney's claim first was reported in the 2021 book I Alone Can Fix It: Donald J. Trump's Catastrophic Final Year by Pulitzer Prize-winning Washington Post journalists Carol Leaning and Philip Rucker. She confirmed details on the Jan. 6 episode of the New York Times podcast The Daily, hosted by Michael Barbaro.


She confirms a now infamous moment from Jan 6th. pic.twitter.com/5v0lU5CN7S

The Jan. 6 panel sent Jordan a letter on Dec. 22 requesting that he appear for a conversation about his communications with Trump.

"We understand that you had at least one and possibly multiple communications with President Trump on January 6th," Bennie Thompson, chairman of the Jan. 6 committee, said in the letter. "We would like to discuss each such communication with you in detail. And we also wish to inquire about any communications you had on January 5th or 6th with those in the Willard War Room, the Trump legal team, White House personnel or others involved in organizing or planning the actions and strategies for January 6th."

The committee began investigating the violent insurrection in July and has since conducted hundreds of interviews and acquired many related documents. The riot was planned and undertaken by Trump supporters who wanted to overturn his loss of the 2020 election after Trump had falsely repeated many times that the election had been rigged in favor of Biden. At least seven people died and many were injured during the hours-long Capitol occupation in which members of Congress and the media fled the building or hid from the violence. Many rioters — include a number from Ohio and from Kentucky— have since been arrested and charged, and many have been associated with white supremacist movements, conspiracy theories and law enforcement.

Many of the Jan. 6 rioters charged with crimes have claimed during testimony that an allegiance to Trump had pushed them to attack the Capitol, according to the Associated Press:

"I have realized that we, meaning Trump supporters, were lied to by those that at the time had great power, meaning the then sitting President, as well as those acting on his behalf. They kept spitting out the false narrative about a stolen election and how it was ‘our duty’ to stand up to tyranny. Little did I realize that they were the tyrannical ones desperate to hold on to power at any cost, even by creating the chaos they knew would happen with such rhetoric."

—Robert Palmer, of Largo, Florida, in a handwritten letter. Palmer threw a fire extinguisher and attacked police officers. He was given more than five years in prison.

The investigations and hearings continue.

Meadows, Trump's former chief of staff, has been held in criminal contempt of Congress for not testifying about the insurrection. It has since been revealed through his documents that a number of Republicans had talked to him about allegedly obstructing or overturning election results and asking Trump to diffuse the rioters at the U.S. Capitol. Trump is using legal proceedings to delay sharing relevant documents.

Jordan, a fervent Trump supporter, was repeatedly in the news last year. He has lambasted COVID-19 safety protocols, ignored science from virus experts, wanted to use anti-Asian language freely and falsely and repeatedly claimed that Trump would have another term as U.S. President if it weren't for conniving Democrats. But a reckoning may be coming, as actor/director George Clooney reportedly is working on a docuseries about the Ohio State sex abuse scandal, which Jordan allegedly was involved in covering up.