The firm also has a history of challenging the state's election maps on behalf of the National Redistricting Action Fund. 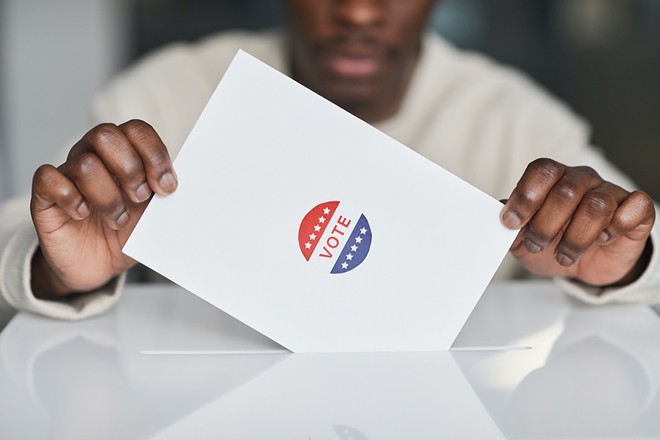 The firm, headed up by Democratic elections attorney Marc Elias, rose to national prominence in part by opposing the Trump campaign’s attempts to overturn the 2020 election. The firm has also carved a niche for itself pursuing voting rights and redistricting cases around the country.

In Ohio, for instance, the firm has challenged maps on behalf of the National Redistricting Action Fund. It went on to argue against the state’s “independent legislature theory” appeals in the U.S. Supreme Court.

Elias attorneys filed its suit on behalf of the Northeast Ohio Coalition for the Homeless, the Ohio Federation of Teachers, the Ohio Alliance for Retired Americans, and the Union Veterans Council.

Although requiring voters to present a photo ID when voting is the most recognizable change, the law makes other important changes, too. The timeline to “cure” deficiencies for provisional ballots is now shorter. The deadline for absentee ballots to arrive after an election is tighter as well.

“This bill makes it substantially harder for Ohioans to vote in person and by mail, and makes it harder to correct simple mistakes that prevent ballots from being counted,” Khanna said. “By their own admission, (Secretary of State Frank LaRose) and Governor DeWine have no justification for this harsh crackdown on voting rights.”

LaRose has lobbied for years to see many of the changes enshrined in law, despite regularly touting the integrity of Ohio’s election system. Speaking after Gov. DeWine’s inauguration, LaRose declined to weigh in on the lawsuit, but praised the law for making photo ID’s freely available.

LaRose also reiterated a point he’s made previously that photo ID restrictions are in line with what voters want. DeWine made a similar point in his signing statement as well.

“To the extent there is any need to bolster public confidence in the security and accuracy of Ohio’s elections, it is the result of HB 458’s proponents’ false and baseless claims of election fraud,” the lawsuit states. “That is not a valid justification for limiting voters’ ability to exercise their fundamental right to vote.”

It’s not the first time Elias has weighed in on similar provisions in Ohio, either.

In 2021, the firm promised to challenge a voting bill that made many of the same changes, but not the photo ID requirement.