Greg Hartmann, a longtime ally of Gov. John Kasich, is still awaiting Trump's nod six months after being recommended for the job 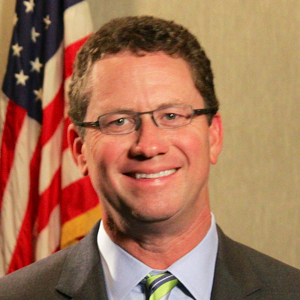 As the only known candidate to become the U.S. Justice Department’s top lawyer in the southern half of Ohio, Greg Hartmann has a lot going for him.

Hartmann, a former assistant Hamilton County prosecutor, Board of County Commission member and clerk of courts, is first and foremost a Republican, and the path toward becoming U.S. attorney in Ohio is controlled by Republicans. The seeming clincher, though, came when he was recommended not only by Ohio’s Republican senator, Rob Portman, but by Democratic Sen. Sherrod Brown as well.

But that was almost six months ago. Justin Herdman, a Cleveland lawyer whom the senators recommended as U.S. attorney for the Northern District of Ohio, was nominated by President Donald Trump in June. He breezed past the Senate Judiciary Committee on July 20 and faces what will undoubtedly be a friendly confirmation by the full Senate.

Since June 12, Trump has nominated 29 U.S. attorneys in all and is announcing nominees in “waves” every week or two, most recently last Friday. Through four such waves, Hartmann’s name has yet to turn up.

The holdup on Hartmann, who is now in private practice in Cincinnati, has spawned whispers that the White House might be looking at a Candidate B. Hartmann is tight with Ohio Gov. John Kasich, a 2016 Republican presidential primary challenger who was and remains a Trump irritant. Hartmann was a Kasich delegate at the Ohio GOP convention and twice — in 2010 and 2014 — led Kasich's gubernatorial campaign in Hamilton County.

Yet Hartmann’s future on the Trump map could come down to his own public utterances. In December 2015, when the Republican nomination was still wide open, Hartmann made it clear that he wasn’t for Trump.

“He’s the most offensive public figure I’ve seen,” the Cincinnati Enquirer quoted him as saying. “I couldn’t support him. I don’t support anything he says.”

In the same interview, Hartmann disputed Trump’s standing as a Republican.

As late as mid-July 2016, after Trump won the Republican primary, Hartmann was still nauseous at the prospect of a Trump presidency.

"I'm not wild about him," Hartmann was quoted by WVXU. "I'm not saying he's dangerous, but a lot of this stuff he says he knows perfectly well isn't true. You can't ban an entire religion from entering the country, and this stuff about building a wall and making Mexico pay for that, well, that's just not going to happen. And he knows it."

Just one month later, in August, Hartmann did a full about-face. He joined the Hamilton County Republican Party executive committee’s endorsement of Trump in the general election against Hillary Clinton. By January, Hartmann had trained himself to pay homage to Trump. "That is the beauty of the 2016 Trump election: Hope does not only wear blue," he wrote for the Enquirer. The reversal of loyalty earned Hartmann a spot at Trump's inauguration in Washington, D.C.

Hartmann, who has been silent on his Twitter account about his U.S. attorney prospects, did not return CityBeat’s phone calls for comment. Alex Triantafilou, chairman of the Hamilton County Republican Party, did not respond to emails. A Portman spokeswoman would not say if the senator is aware or not of any unexpected delays in the Hartmann nomination.

One not reluctant to weigh in on the slow-mo nomination was Tim Burke, the Hamilton County Democratic Party chairman. "It is at best curious," he says. "Perhaps he hasn't passed the Trump loyalty test, but, then again, neither apparently does the attorney general."