One-Third of Cincinnati’s City Council is Facing Bribery Charges. The Rest are Figuring Out How to Move On.

“I think it’s important to understand that this all happened in a City Hall culture that for too many is about power, at all costs.” 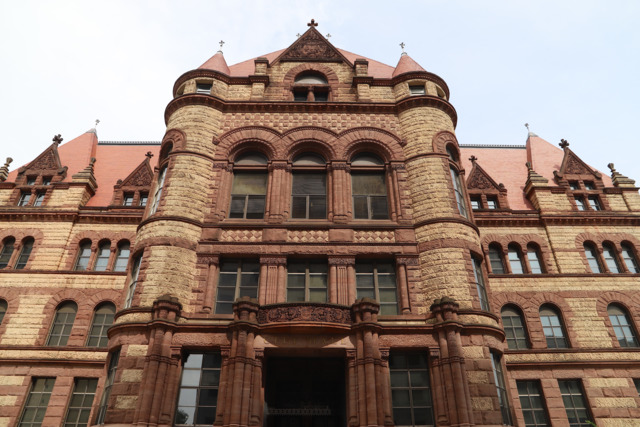 Betsy Sundermann knew Cincinnati City Council had a troubled reputation when she was sworn-in on March 4. But she’d barely made it through the first week at her new office at City Hall when quarantine orders sent everyone home amid the coronavirus shutdown.

“What a crazy way to start a new job,” Sundermann says now.

That’s one way to put it. For Sundermann, the craziness wasn’t just being forced to meet her new staff over Zoom as a pandemic spread across the city. There was another thing: the corruption.

Just one day before Sundermann’s swearing-in ceremony, council member Tamaya Dennard had resigned amid pending charges for bribery and extortion. Sundermann had been a probate court magistrate before leaving that job to take the council seat vacated by Amy Murray. The career switch from judge to politician has put Sundermann in a tricky position: Fixing a culture of corruption that’s been on the job a lot longer than she has.

But Sundermann says she wasn’t blind to that culture. She’d followed the 2018 “gang of five” scandal that had exposed and embarrassed council members whose private texting group violated the state’s open meetings law; a judge had ordered that their texts be released to the public, revealing the council members bashing the mayor and their own colleagues. The case cost taxpayers more than $100,000 in fines.

“I definitely went into the council being very wary of who I could trust,” Sundermann says of the scandal. “Like everybody else who’s interested in politics, I read all the stories, I read all the texts. How do you trust someone after they do something like that?”

Sundermann isn’t alone in that wariness. She’s part a bloc of three new council members appointed in the shadow of Cincinnati’s latest season of corruption: After Dennard’s arrest in February, federal prosecutors in November brought cases against council member Jeff Pastor. One week later, the feds came for council member P.G. Sittenfeld, the ringleader of the 2018 texting scandal and a frontrunner for the 2021 mayoral race.

The news hit Sundermann hard. Her husband, assistant city solicitor David Laing, had worked as an aid to Sittenfeld in the past. Even after the fall of Dennard and Pastor, she says, Sittenfeld’s arrest was particularly “terrible.”

“This was someone who wanted to run our entire city,” she says. “It just breaks people’s faith in government.”

Since May, Sundermann says she’s been working on a proposed charter amendment to strengthen Cincinnati’s ethics rules for its city council members — though the list keeps getting longer.

“I keep adding things as people keep getting indicted,” she says.

One of her proposals is ripped from the pages of the ongoing controversy around Sittenfeld’s refusal to resign. Sittenfeld was arrested Nov. 19 on charges of honest services wire fraud, bribery, and attempted extortion by a government official. He’s accused of accepting $40,000 in campaign contributions — still considered a bribe — for votes on a development deal. And although the federal indictment features transcripts of Sittenfeld’s remarks to an FBI informant — including the line, “Don’t let these be my famous last words, but I can always get a vote” — he took to Facebook four days later to protest his innocence.

In the Nov. 20 video, Sittenfeld’s last public statement, he vowed to “keep fighting these false allegations, fighting as your elected council member, and fighting for our city and its future.”

Meanwhile, councilman Pastor, who faces charges for accepting $55,000 in a separate bribes-for-votes scheme (though it involved the same developer-turned-FBI informant), didn’t make the same protest. On Nov. 23, he agreed to go on paid suspension while his criminal case is pending.

Sundermann points out that there is no mechanism for the city to suspend its own council members. Instead, it must rely on the state Attorney General to make the first move, and, even then, the process starts with a just a request — which an accused public official can turn down.

If they refuse, the AG has to kick the issue to a special commission to determine whether the public official’s role in government “adversely affects the functioning of that office or adversely affects the rights and interests of the public.” Under the timeline laid out in state statute, getting a suspension order that way could take more than a month.

For Sundermann, Pastor’s agreement to take the suspension came as a relief. She notes that days after his arrest, the city council had convened for a regular meeting. Pastor was scheduled to attend.

“We all sat there at a council meeting, and were like, ‘Is Jeff coming? Is he showing up? What are we going to do if he tries to vote?’”

They never had to find out. An aid working for Pastor ended up alerting the council that he would not attend the day’s meeting, according to Sundermann.

But Sittenfeld’s claims of innocence have thrust the council right into the same position. The next council meeting is scheduled for Dec. 16. What if Sittenfeld insists on maintaining his innocence through city lawmaking, or voting?

“It’s very possible that Mr. Sittenfeld will show up to a meeting, and that’s going to be a huge problem,” Sundermann says. “What Jeff Pastor is doing now, he’s suspended with pay, which is fine, we just don’t want them to show up and vote while they’re under indictment for taking bribes. We should not be in that predicament, where we’re just hoping people voluntarily resign.”

This predicament could be avoided under Sundermann’s proposed charter amendment. It would immediately suspend council members “if charged with a felony or crime of moral turpitude involving duties of their job on council.” Convictions would trigger removal.

The amendment would also require restitution payments from “Members of council who commit crimes against the City,” a measure Sundermann says was inspired by the “gang of five” scandal that left taxpayers with the six-figure bill for the court-ordered fine.

On Nov. 16, Sundermann held a press conference to announce the details of her proposed charter amendment, which would need to pass as a ballot initiative in a future election. That same day, however, at a separate news conference, councilman Greg Landsman was holding a very similar news conference, announcing his own plan to file legislation creating a local ethics commission and reforming the city’s campaign finance laws.

“We hope that this commission will go beyond what the Ohio Ethics Commission requires in terms of disclosure, in terms of training, in terms of oversight and accountability,” Landsman told reporters, though, he added, “it would build off of, not supersede in any way, the state’s ethics commission.”

Landsman joined council in 2017, part of a fresh class of electeds that included the now-indicted council members Pastor and Dennard. But it would be a texting group that formed between five council members — Landsman, Dennard, Sittenfeld, Chris Seelbach and Wendell Young — that became a kind of prologue to Cincinnati’s present public shame.

Now, two years after the “gang of five” controversy ended without criminal charges for the five council members involved, Landsman says he is doing his duty to clean up damage left by the trio of indictments.

“We’ll fix it,” he tells CityBeat in an interview, adding that corruption cases against three-out-of-nine members of the city council in a single year “hurts the city and makes our jobs much harder.”

Landsman is now a member of a very different looking city council. Along with Sundermann, the council now features two new members: Steve Goodin, appointed to replace Pastor; and Jan-Michele Lemon Kearney, who took over Dennard’s council seat in March.

If Sittenfeld steps down, it would mean city council would proceed with four brand-new members untainted by Cincinnati’s previous culture of corruption. In addition to the three remaining members of the “gang of five,” the new council composition is rounded out by Vice Mayor Christopher Smitherman and David Mann, who on Nov. 18 introduced a motion to create “detailed written development policies laying out when and under what circumstances it is proper for a developer to approach Members of Council about a new development agreement with the city.”

More ideas for reform are sure to fly at future council meetings and as the 2021 elections approaches. In the meantime, though, the council will have to move forward — and they’ll have to figure out how to do that together.

“I think it’s important to understand that this all happened in a City Hall culture that for too many is about power, at all costs,” Landsman points out.

It’s a culture, he continues, “where people are either allies or enemies, where lines are crossed and the FBI has to get involved. We have to end this culture too.”