Environmental groups say the state has lost more than 90 percent of its wetlands, and that it can't afford to destroy 15 acres of the rare habitat in Trumbull County slated for a new medical campus. Developers say they will replace the wetlands, however. 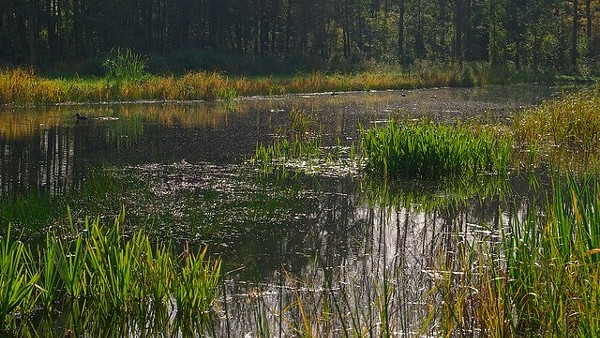 Critics say a proposed project could destroy a portion of Ohio's vanishing wetlands. But developers say 15 acres occupied by wetlands in northeast Ohio is the only possible site for a new medical campus.

The Army Corps of Engineers is reviewing a permit for the filling the wetlands for the development of the campus in Trumbull County.

She says the Ohio Environmental Protection Agency has already issued a certification approving the project, despite the objections of environmental groups and some residents.

"There's a great concern about the loss of the trees, there's the flooding," she states. "The day after the 401 decision came out, there was significant flooding in the area in the Eastwood Mall area, which is downstream, actually.

"There was actually a sinkhole that opened up. There's water quality concerns, the excess runoff, the light pollution, the noise pollution."

The developers say more than 30 sites were surveyed, and they contend the area is the only viable option.

Besides the project's immediate impact on wildlife and fish habitat, Mark Dilley, president of the Ohio Wetlands Association, says ramifications would extend throughout the watershed.

"It also has this negative consequence for downstream communities, for downstream water quality as these wetlands are filled in areas where there is a lot of development pressure," he stresses. "We're not anti-development. We just want to advocate for wise planning."

"Gov. (Mike) DeWine stated that we cannot continue to lurch from water crisis to water crisis," she points out. "However, that means not just investing in solutions but also protecting existing resources from further development. Protecting this wetland is a great opportunity for him to make good on that H20 Initiative commitment."

And McLean questions the argument that the project will improve health care options and create jobs.

"The truth is that there is no net gain of jobs here," she states. "The jobs would come from an existing hospital that's just a few miles away.

"And then the social justice aspect. We have plenty of abandoned areas that need developed before we fill in a wetland. So this is an avoidable impact."

The developer says it will purchase credits to create new wetlands in the watershed, but McLean says the mitigation may not be sufficient.