A new plan by Cincinnati officials would reserve 365 parking spaces in Over-the-Rhine for residents, but it's unclear how much permits will cost 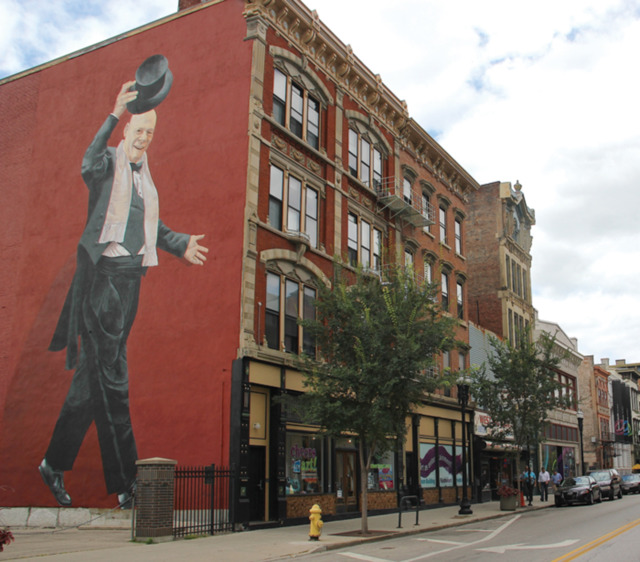 Hello all. Happy Monday! Here’s a quick news rundown to get you started on the week.

Cincinnati officials have given inhabitants of a downtown tent city 72 hours to leave the area near Third and Plum streets. You can read more about that situation — and what the city says it will do to help those people find housing — in our story here.

• Cincinnati officials are working on a plan for residential parking permits in Over-the-Rhine. The city's Department of Community and Economic Development has drawn up a plan with three kinds of permits — residential, visitor and temporary passes — and three kinds of parking — residential, metered and flex spaces that could be used as both. The city outlined a two-phase implementation process as well, starting with 365 residential, 602 metered and 323 flex spaces south of Liberty Street and then potentially more spaces north of Liberty Street later. The plan would begin in January if Cincinnati City Council votes for it. But there is one big detail missing: how much it will cost. Previous proposals had the permit plan pegged at $150 a year — one of the most expensive plans in the country. That proposal did include a reduced permit for low-income residents, however. Mayor John Cranley has been a staunch opponent of residential permit plans in the neighborhood. The current plan seems to be a component to a proposal by some council members to eliminate parking space requirements for developers building in the neighborhood. Critics of that plan say it will only make the neighborhood's parking woes worse.

• Is downtown Cincinnati's long-running 4th and Race project dead? Not at all, according to the Cincinnati Center City Development Corporation and Flaherty & Collins, the private developer looking to build a $116 million apartment tower on the site. Financing issues have complicated the deal, which has been in the works for years. Physical work on the project started in earnest two years ago with the demolition of Pogue’s Garage, but the developer still hasn’t broken ground on its planned new 200-unit market rate apartment building and parking garage, leading to frustrations from nearby businesses and rumors that the deal has fallen through. But the developer and 3CDC, which was brought in on the project a couple years ago to help build the parking garage, say they needed to navigate a complicated financing puzzle. They’ve done that now, with Flaherty & Collins switching out bank financing for $50 million in loans guaranteed by a U.S. Department of Housing and Urban Development program and 3CDC tapping the Greater Cincinnati Redevelopment Authority, which will issue bonds on the project worth $29 million. Now, both say they’re ready to move forward following Cincinnati City Council approval of a revised development agreement with the city. The project should be finished 22 months after breaking ground, the groups say.

• Wednesday is the deadline for critics of a Hamilton County sales tax hike to get the issue on the November ballot for voters to approve or reject. The .2 percent tax increase, passed by county commissioners Denise Driehaus and Todd Portune earlier this year, would bump sales taxes in Hamilton County up to 7.2 percent. It’s a minimal bump, but one that opponents say will hit some peoples’ pocketbooks anyway. After the tax increase was approved, some conservatives organized a petition drive to push a vote on the increase. They’ll need 27,500 valid signatures from county residents to get the issue on the ballot.

• Hmm alright, so this is how horror movies start. But I’m also keenly interested in what they find: safe crackers are at the Hilton Netherland Plaza today to open up a Mosler safe that hasn’t seen the light of day in at least three decades. Officials with the hotel say they have no idea what is inside the safe, made by the Hamilton-based safe making company that went out of business in 2001. I hope it’s not a mummy or some kind of evil spirits is all I’m saying.

• Fairfield’s new police chief has used a homophobic slur while on duty and, more than a decade ago, exposed himself in public while intoxicated at least twice, according to other officers. Chief Steve Maynard, a 19-year-veteran of Fairfield’s police force, admitted to using the slur six months ago, just before he was promoted to the department’s top spot. Maynard has also won top police awards and was deemed the most qualified for the job despite the incidents. Fairfield City Manager Mark Wending has said that that Maynard was joking when he used the slur.

• Finally, should schools in Madison Township allow teachers to have guns in the classroom? Residents in the district are in hot debate about the question. More than 200 people came out to a public meeting Friday to voice their opinions about the controversial idea. After a student brought a gun to school and shot two of his classmates, injuring but not killing them, the district’s school board earlier this year passed a resolution allowing teachers to temporarily carry firearms. It’s unclear if that resolution will be extended, however — some residents support that, while others are vehemently against it. Friday’s meeting came as the board mulls what to do on a permanent basis.