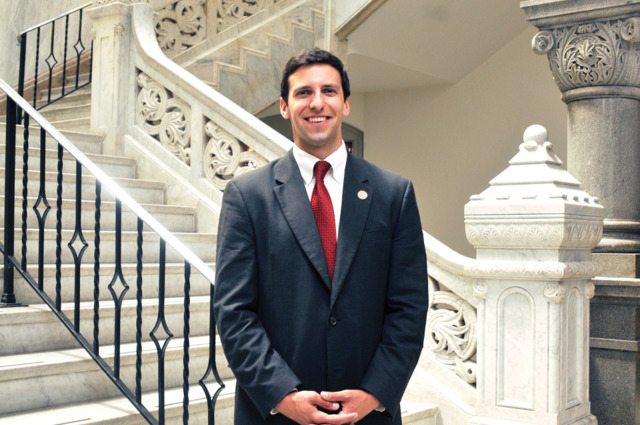 The verdict is in.

A jury found former Cincinnati City Council member P.G. Sittenfeld guilty of two federal corruption-related charges on July 8. Sittenfeld's sentencing has not been set yet, but that likely will happen in several weeks or months.

Previously, Sittenfeld had turned down a plea agreement that could have meant a maximum of two years in prison; legal experts now say he's facing anywhere from a few years to a dozen years.

Sittenfeld's federal trial launched June 21 with the start of the jury selection. In 2020, Sittenfeld was arrested on a six-count indictment for a scheme in which Sittenfeld allegedly traded cash for votes relating to the development of the former Convention Place Mall.

On July 8, the jury found Sittenfeld guilty of bribery and attempted extortion but acquitted him on two counts of honest services wire fraud, one count of bribery and one count of attempted extortion by a government official. The jury began deliberating on July 6, taking about 12 working hours to reach a decision. There were nine women and three men on the jury, and they were from several counties throughout southern Ohio. Two jurors were replaced by alternates as the trial progressed.

Prosecutors did not need to show express, direct quid pro quo – Latin for "in exchange for" – for the jury to find Sittenfeld guilty. Jurors simply needed to see that Sittenfeld had an understanding to work in favor of the undercover FBI agents who posed as investors. Sittenfeld's attorney argued that the defendant was merely pro-development.

The two-and-a-half-week trial was held at Potter Stewart U.S. Courthouse downtown. During his testimony, Sittenfeld said that no matter what the jury decided, he would "probably never be in politics again."

FBI agents arrested Sittenfeld at his home in November of 2020 on a six-count federal indictment for bribery and extortion. Investigators said Sittenfeld had arranged what amounted to campaign donations, though he circumvented election law by directing those payments to a Political Action Committee which he secretly controlled. Sittenfeld promised favorable development deals as he personally accepted 10 checks, for a total of $40,000, in exchange for votes, investigators said.

Sittenfeld was suspended from Cincinnati City Council in December of that year. To replace him, Hamilton County Probate Judge Ralph “Ted” Winkler appointed Liz Keating, who retained her council seat in November's election.

Before the indictment, Sittenfeld had been considered a frontrunner in the 2021 Cincinnati mayoral race, which former Hamilton County clerk of courts Aftab Pureval ultimately won. Sittenfeld announced his withdrawal from the race on Feb. 18 of that year, the filing deadline for potential candidates.

The charges against Sittenfeld are part of a larger scandal that enveloped the city in recent years. The carousel of corruption cases began when council member Tamaya Dennard was indicted on federal bribery charges related to her solicitation of $15,000 from a local attorney. Dennard resigned in March 2020, pleaded guilty that June, and was sentenced to 18 months in prison.

Council member Jeff Pastor was charged in November 2020 on 10 federal counts of bribery, extortion, money laundering and conspiracy to commit wire fraud. That was the same month that Sittenfeld was arrested.

In 2018, Sittenfeld was part of the "Gang of Five" texting scandal that involved several council members.