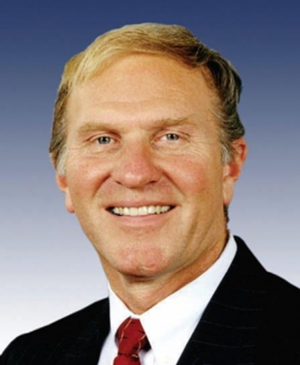 Hello all! I hope you had a rad weekend and soaked up some of those waning summer rays. I made it out to Putz’s Creamy Whip yesterday for their last day of the season and cried a lil into my chocolate cookies and cream cyclone. Till next year. But for now, time for some non-ice cream related news.

In the aftermath of the tragic deadly shootings downtown at Fifth Third Center earlier this month, the Fifth Third Foundation has announced that it has given $1 million to help families of the dead and wounded. A gunman Sept. 5 killed three people and wounded two others with a handgun in the lobby of the bank’s headquarters. The foundation, a philanthropic arm of the bank, says it is working on raising another $1 million for the victims via donations from the public. You can make a donation at a Fifth Third branch or online. Fifth Third today reopened the lobby where the shootings took place with a brief memorial and a moment of silence at 9:06, the moment the gunman started shooting.

• A Hamilton County magistrate who resigned after an incident in which he put his hands on a woman who was yelling outside his courtroom had sent the same woman to jail for a similar incident previously. In 2017, Magistrate Michael Bachman had Kassandra Jackson confined in Hamilton County jail for five days after she slammed her hand against a wall in anger because he had been denied a request for a restraining order. Court officials asked Bachman to resign after a similar Sept. 4 incident in which Jackson, upset that she missed an 8 a.m. deadline to file another protection order, was heard yelling outside Bachman’s courtroom. Bachman came out, found Jackson and led her by the shoulder and neck to the courtroom, where he sentenced her to jail again for “loudly screaming” and for resisting deputies who came to take her away. Bachman said he resigned to save the court “further consternation.”

• A committee of Cincinnati City Council today will consider a plan that would fund the Liberty Street Improvement Project in Over-the-Rhine, which the city has controversially put on hold. That project would provide street calming measures and road narrowing to the busy thoroughfare that separates northern and southern OTR. Councilman P.G. Sittenfeld has proposed selling city property on Fourth Street, including the Whex Garage, to Cassell Ohio, LLC, which currently holds the long-term lease on the garage. Sittenfeld says the proceeds from that sale could fund the relocation of a water main that the city says isn't funded under the current plan.

• Downtown Cincinnati is getting a new LGBTQ-friendly club. The Birdcage will be an “upscale” club and lounge at 927 Race Street when it opens Sept. 28. Owners of the club also run Butcher and Barrel, Ché, O’Malley’s in the Alley and other bars and restaurants. The new bar comes as Cincinnati has lost a number of its long-running LGBTQ bars over the past few years.

• Good news! We lost. That is, we don’t have North America’s “sorriest bus stop,” according to readers of Streetsblog.org. A Greater Cincinnati bus stop was in the finals against a terrifying stop in Vancouver for the dubious distinction, but we fell short in the final vote. Usually, second place is the first loser, but in this case, it’s probably for the best. Meanwhile, the Southwest Ohio Regional Transit Authority has said it will move the Springfield Township bus stop made slightly infamous by its great showing in the bad bus stop tournament.

• Is Cincinnati one of America’s most immigrant-friendly cities? That’s what a new study suggests. New York-based think-tank New American Economy puts the Queen City 18th out of 100 cities on its NAE Cities Index, which rates cities on factors like socioeconomic outcomes for foreign-born city residents. There is still plenty of room for improvement, however. The index gives cities a rating from 1 to 5. Cincy grabbed a 3.48. Leadership at NAE was especially impressed by Cincinnati Compass, an initiative by Cincinnati’s political, business and educational leadership to make the region more welcoming. The city got high marks for government leadership and community, but lower ratings for economic empowerment, inclusivity and legal support. Cincinnati Compass Executive Director Steve Driehaus says the organization is working to get Cincinnati to No. 1 in the country on the index.

• As the battle for U.S. Rep. Steve Chabot’s 1st District Congressional seat heats up, the Republican incumbent has unleashed a number of negative ads against his challenger, Democrat Aftab Pureval. But fact-checking site PolitiFact says at least one of those ads is false. In the ad, Chabot’s campaign claims that Pureval has left the Hamilton County Clerk’s office, where he was elected in 2016, with a $400,000 deficit. That isn’t true, PolitiFact said after digging through some complex budget documents — and in fact, the office seems to have a surplus.

It’s not the first time fact checkers have dinged Chabot’s campaign in the increasingly aggressive race. The Washington Post took apart one add seeking to tie Pureval to a settlement that forced Libya to pay $1.5 billion to victims of terrorism. Pureval didn’t work on that particular effort, but the law firm he was with, White & Case, did, and Chabot’s campaign claimed that “Pureval’s lobbying firm made millions helping Libya reduce payments owed to families of Americans killed by Libyan terrorists.”

Pureval’s camp today released polling commissioned by the campaign that shows the Democrat is up by two points over Chabot. Other polling shows the two neck and neck.

• Ohio Secretary of State Jon Husted will have the final say in whether Republican Anderson Township Trustee Andrew Pappas will be subpoenaed for discrepancies in signatures for a ballot initiative he turned in to the Hamilton County Board of Elections. One sheet of signatures supporting a voter referendum on the county’s controversial sales tax hike — which county commissioners have since rescinded — included a date during which Pappas was out of the state. With such petitions, the person signing and turning in the petitions swears they have witnessed each signature. Pappas says an additional signature form was mistakenly mixed in with ones he had witnessed himself. The Hamilton County Board of Elections, led by two Democrats and two Republicans, was split on whether to subpoena Pappas regarding the discrepancy. By law, Husted must cast the deciding vote — something he will do after both sides file their arguments by Sept. 28.