Poll: 37 Percent of Ohioans Have Suffered One of Three Forms of Childhood Trauma

A poll funded by Interact for Health found that many respondents had experienced the divorce of their parents, death of a parent or incarceration of a parent before the age of 18. 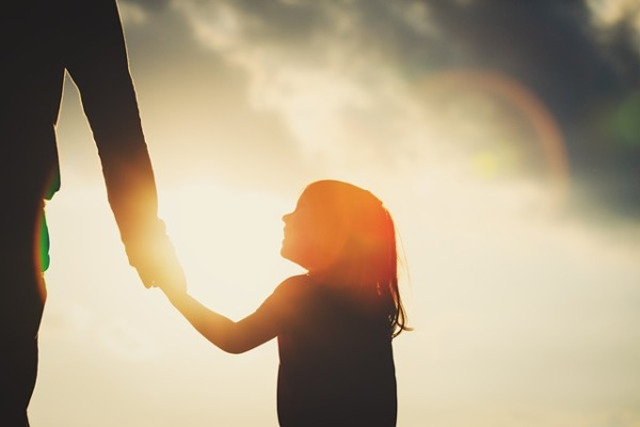 Research suggests one of the factors underpinning some of the nation's largest social problems — the addiction crisis, violent crime and other issues — is the role traumatic events play in the lives of those who experience them. That's especially true when young people experience that trauma — and new research suggests that may be more widespread than you'd think.

The 2019 Ohio Health Issues Poll, which is funded by Cincinnati-based nonprofit Interact for Health, found that 37 percent of respondents across the state said they had experienced either parental divorce, the death of a parent or the incarceration of a parent before they were 18 years old. Those events are among ones that mental health professionals call Adverse Childhood Experiences, or ACEs — traumatic incidents that can have long-lasting effects on mental health.

“As we work together to create strong, healthy communities where all people can survive and thrive, we must consider the impact of childhood trauma,” Interact for Health President and CEO O’dell Owens said in a statement today. “People with a diagnosis of Adverse Childhood Experiences need access to resources and programs that build the resilience necessary to overcome these challenges.”

About 43 percent of respondents who said they lived below the poverty line said they had experienced at least one of these traumatic events.

There are other ACEs not measured by the poll, including exposure to neighborhood violence, housing insecurity and other events and ongoing dynamics. Last month, CityBeat launched a series on the juvenile justice system that took a deep look at trauma and efforts to address it in the courts and schools and in neighborhoods like the West End.

"A growing body of research has begun documenting the measurable differences in brain development and function in individuals who have been exposed to early life adversity, meaning their environments have been characterized by sustained stress resulting from violence, neglect, abuse, and dysfunction," a 2017 report from national non-profit the Violence Policy Center states. "Science can now demonstrate that these neural differences are the direct result of traumatic experiences, the consequences of living with toxic stress... Those who live in high-crime neighborhoods marked by elevated levels of community violence are at an increased risk for experiencing toxic stress — and altered neural development."

Interact for Health released the OHIP in conjunction with a conference co-sponsored by Children's Hospital Medical Center and the Collaborative for Children of Addicted Parents on measures to help young children with parents who are suffering from addiction. That event is expected to draw more than 250 professionals to Xavier University's Cintas Center.