Poll: Almost Half of Ohioans Know Someone Who Regularly Uses Marijuana

The poll also shows that the perception that marijuana is harmful is greatly reduced among those who know someone who uses the drug. 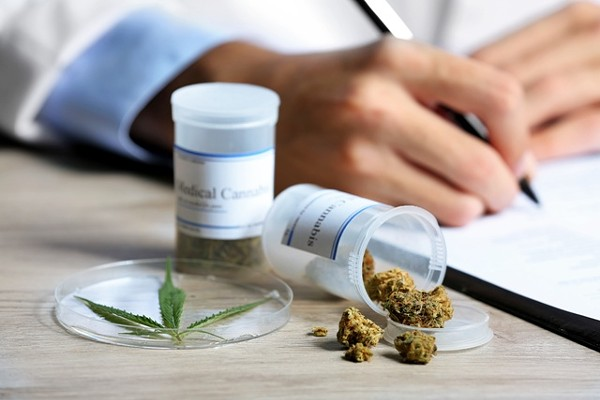 As Ohio's medical marijuana program embarks on its second year, health-care advocates are trying to better understand the prevalence of marijuana use, as well as its perceived safety.

Marijuana is the most commonly used illegal substance in the country, and the latest Ohio Health Issues Poll found nearly half of Ohio adults have a friend or family member who regularly uses the drug. Marcie Seidel, executive director of the Prevention Action Alliance, explained the polling also asked opinions on the risk of self-harm among regular marijuana users.

"As they know people more that are using marijuana regularly, the perception of harm seems to be going down," Seidel said. "People don't think it's a very harmful or even somewhat harmful substance. Those are very interesting and important takeaways that we need to be monitoring over time."

Of the Ohio adults who said they know someone who regularly uses marijuana, 30% said they perceive it as harmful, compared with 60% of those who do not know someone who regularly uses the drug. The polling also found 8-in-10 Ohio adults have not sought information about medical marijuana, and just 2% had a written recommendation from their doctor for its use.

The poll was conducted by Cincinnati-based Interact for Health.

“As policies around marijuana change in Ohio and throughout the U.S., it is important to monitor how public opinion evolves,” Interact for Health President and CEO O’dell Owens said in a news release. “Tracking data about use and attitudes related to marijuana can help Ohio leaders understand the impact of the medical marijuana program.”

Seidel said the polling will be helpful as the state tracks the impact of the medical marijuana program. She added people need accurate data and facts so they can make good decisions about their health, and cautioned there are many misconceptions about marijuana that are not based on research.

"Right now, marijuana is a booming business and it's a business that people think that they're going to become very rich and it's going to be very lucrative," she said. "So there will be information out there that might be designed to increase that business instead of giving good facts."

An estimated 44 million Americans age 12 and older use marijuana each year, and more than 55,000 Ohioans purchased medical marijuana in 2019. Research and data is available online at PreventionActionAlliance.org/marijuana.