Local and state leaders also will be on hand to applaud the project's recent $1.6 billion federal grant. 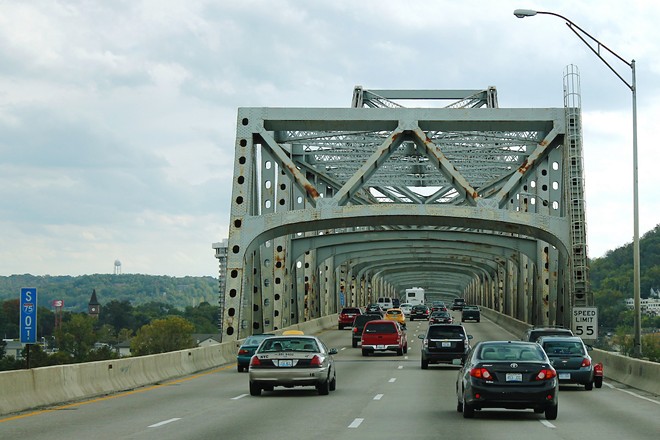 Photo: FormulaOne, Wikimedia Commons
The Brent Spence Bridge will begin its glow-up in 2023.

The president will be in Covington on Jan. 4 to celebrate the $1.635 billion award that the federal government is providing for the Brent Spence Bridge project. The funds, which were announced in late December, will be used to repair the bridge and erect a toll-free, double-decker companion bridge nearby to help alleviate traffic between Cincinnati and Northern Kentucky on I-75.  The BSB carries more than 160,000 vehicles per day corridor and is notorious for being the nation’s No. 2 bottleneck for freight trucks.

In May, Ohio Gov. Mike DeWine and Kentucky Gov. Andy Beshear jointly asked for nearly $2 billion from the Multimodal Projects Discretionary Grant, a program through the U.S. Department of Transportation. U.S. Transportation Secretary Pete Buttigieg announced $2.9 billion in available funding through the program in March as part of the new infrastructure law.

Biden is expected to arrive in the morning at Cincinnati/Northern Kentucky International Airport in Hebron and will hold a news conference on the Covington waterfront around noon. He'll be joined by DeWine, Beshear, Kentucky senator Mitch McConnell, Ohio senator Sherrod Brown, Cincinnati mayor Aftab Pureval and other local and state officials. 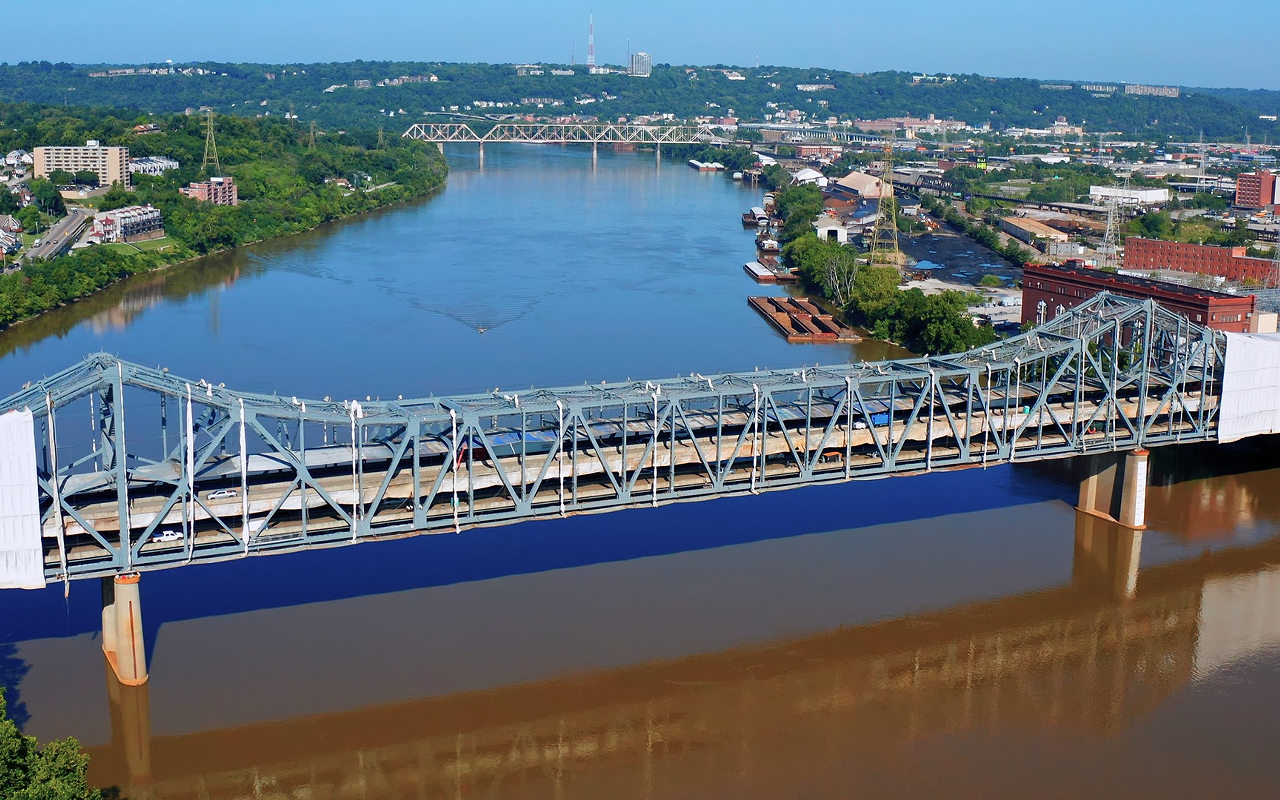 New Brent Spence Bridge Plans Give Cincinnati Nearly 10 More Acres of Land: The newly freed up space, approximately 9.5 acres, will be between 3rd Street and 6th Street in Downtown.


"The President will deliver remarks on how his economic plan is rebuilding our infrastructure, creating good-paying jobs that don’t require a four-year degree, and revitalizing communities left behind," a release from Pureval's office said.

Ahead of Biden's visit, the Ohio Democratic Party commended Brown's work on transportation issues in a statement.

"Thanks to Sherrod Brown, President Biden and Ohio Democrats, the Brent Spence Bridge project will finally get the investments it needs to keep our state and country’s economy moving," the party said. "And because of Sherrod’s work, the Brent Spence Bridge will be rebuilt with American workers and American-made materials. Once again, Democrats are delivering for working Ohioans." 
"Funding and constructing the Brent Spence Bridge Corridor Project is more than the fulfillment of my administration’s promise – it’s a dream fulfilled for the thousands of travelers who pass through the bustling region every day waiting eagerly for traffic relief to come on this nationally significant corridor," Beshear said at thee time. "It also shows what’s possible when we prioritize people over politics."

The overall plans and final cost estimates have changed throughout the year, including a revised plan to slim down the project's footprint and free up more usable space to develop or improve nearby green spaces plus add bike and pedestrian amenities

The project is expected to break ground this year, with "substantial completion" happening by 2029, a release from Beshear said.

Biden last visited Greater Cincinnati in May with a stop at United Performance Metals in Hamilton to meet with manufacturing leaders. In 2021, Biden held a town hall broadcast by CNN, and  Vice President Kamala Harris met with local and state officials downtown about using public transit and other transportation initiatives as economic drivers.