Pride Is Protest: The Growth Of LGBTQ+ Pride Celebrations Around Kentucky

The proliferation of Pride festivals in the state has moved the needle on acceptance and rights in a part of the country that has remained stubbornly conservative on LGBTQ issues.

When Chris Hartman started working with the LGBTQ advocacy organization the Fairness Campaign in 2009, there were just three Pride festivals in Kentucky: A long-standing celebration in Louisville, one in its infancy in Lexington and a brand new event in northern Kentucky.

For members of the LGBTQ community in much of Kentucky, commemorating Pride meant long drives to those places or heading out of state to cities like Nashville.

Since 2009, the landscape has been transformed dramatically.

“Now we’re looking at somewhere close to the ballpark of 25 Pride festivals across the Commonwealth, all over the state from Pikeville to Paducah and everywhere in between,” says Hartman, the Fairness Campaign’s executive director.

And the proliferation of Pride festivals in the state has moved the needle on acceptance and rights in a part of the country that has remained stubbornly conservative on LGBTQ issues.

“Seeing that exponential growth is incredibly heartening when we look at LGBTQ visibility, which leads to acceptance, which leads to, in some areas, progress on things like local fairness ordinances,” Hartman says.

Fairness ordinances are pieces of legislation that outlaw discrimination against LGBTQ people in housing, employment and public accommodations. Currently, 23 Kentucky towns and cities have such ordinances in place. Efforts to pass statewide fairness legislation have failed.

While local politicians have been successful in blocking fairness ordinances from gaining a foothold in some areas, Pride continues to take root in every corner of the Commonwealth. 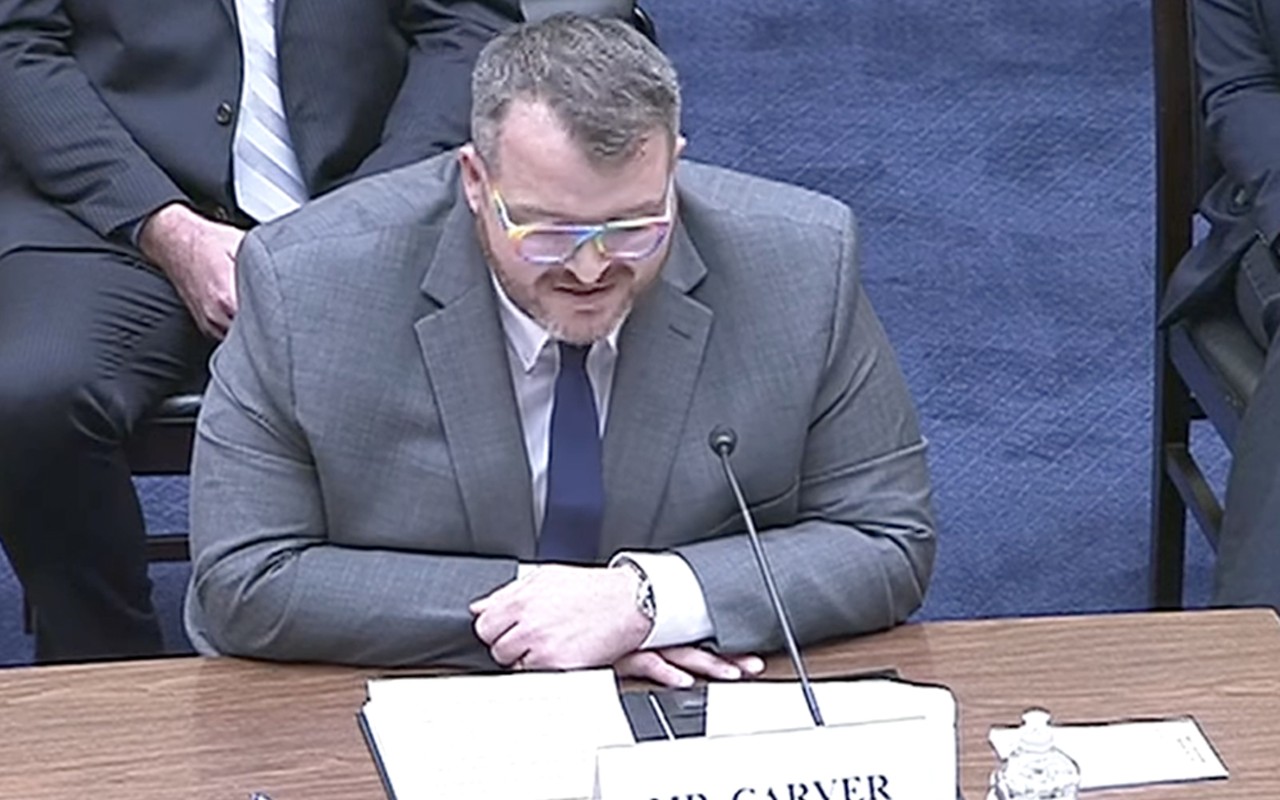 Kentucky Teacher of the Year Tells Congress How Bad LGBTQ Discrimination is in Kentucky Schools: “I’ve always faced discrimination as a gay teacher, and I’ve weathered the storm because my presence saves lives."

In Harlan, deep in the hills of eastern Kentucky’s Appalachian coal country, Leslie Bledsoe is organizing the conservative area’s first-ever Pride event: A march of a few blocks through the town center on June 25.

“I know it’s small but we gotta start somewhere,” reads a line in the event’s Facebook description.

Bledsoe says in recent years she has watched hate towards LGBTQ people grow in her area, a symptom she believes, of the Trump presidency’s anti-PC rhetoric in a county where he won 85% of the vote in 2020.

Not wanting future generations to go through the feelings of exclusion in their hometown that she did, Bledsoe went to the chief of police one day and asked if she could hold a Pride march.

“I’m nearing 50 and I have been gay my whole life and lived in Harlan for my whole life. And I’m still not halfway welcome here, even though I’m a respected member of the community,” she says. “I want them [the younger generation] to feel like they have a safe space and that they belong here. They belong wherever they want to be.”

Bledsoe says when she goes to Walmart, she usually ends up stuck there for hours, with people she knows coming up to talk to her. One time she decided to wear a Pride shirt and hat; Nobody spoke to her.

That lack of acceptance leads to many LGBTQ people leaving Harlan, or hiding who they are to stay.

For Harlan’s first Pride, Bledsoe has opted for a muted event, fearful that something bigger would spark wider backlash. Still, she says, some people attending have expressed fears of violence. Local law enforcement will provide security for the group, she says.

“We are just regular people just trying to live and live the best life that we can. Just like anybody else. I just don’t know why it has to be so hard here,” says Bledsoe.

In Elizabethtown, 45 miles south of Louisville on I-65, the area’s first ever Pride event, Heartland Pride, took place at a local wedding venue on June 4.

Chase Dohn, who organized the event, said that while there are some inclusive spaces in ETown, as a member of the LGBTQ community, “You just are careful of who knows what still.”

Ahead of the event, he anticipated around 100 people would show up, which featured a drag show, vendors and a food truck. On the day of Heartland Pride, he didn’t count attendees but said there was a “steady flow of people” throughout the day.

Dohn hopes that the event will raise awareness of the LGBTQ community in his town, which, like Harlan, lacks a fairness ordinance.

“I think it will help them be aware that there are members in the community that are [LGBTQ],” he says. “I think there’s a lot of denial probably, even though they probably know everybody and talk to them at some point, they may not be aware that that person is gay.”

In Kentucky’s third-largest city, Bowling Green, Pride is — and has always been — about protest, says Democratic State Rep. Patti Minter, an organizer of the celebrations.

Bowling Green held its first Pride in 2017, spurred on by the continued failure of the local city commission to pass an anti-discrimination fairness ordinance, despite impassioned calls from members of the LGBTQ community and allies.

“If people can come out on camera in front of city commissioners who don’t want to give them basic human rights, why can’t we go to a park and celebrate Pride? So we started planning the first Bowling Green Pride festival,” Minter says.

For that first Pride, in October 2017, Minter was hoping for 400 people to show up. Instead, 1,500 did. They ran out of face paint and sold out of t-shirts in an hour, Minter says.

“People felt proud. And they felt proud to do it in their hometown instead of going to a bigger city,” says Minter. “People loved being able to celebrate who they are, or just come hang out if they’re not ready to be open and out about who they are.”

Last year saw the biggest Bowling Green Pride commemoration yet, with between 3,000 and 4,000 people coming, according to Minter. Bowling Green continues to hold its Pride celebrations in October.

At the end of the annual pride celebration, participants march on City Hall to demand a fairness ordinance, as Bowling Green remains the largest city in Kentucky without such a law.

“We paint the town in rainbows for this one magical day a year. But for us, our Pride is born out of protest,” says Minter. “So the slogan ‘Pride is still protest’ came up a couple of years ago. But for us, it’s never been anything but.” NEW REPORT: Ohio Scores 53/100 in Business Climate for LGBTQ+ People. And That’s Up from 2021.: LGBTQ+ advocates say there is a direct link between the anti-LGBTQ+ legislation proposed by the Ohio legislature and the climate for businesses in the state.