No, the vaccines don't cause infertility, and they don't contain microchips. 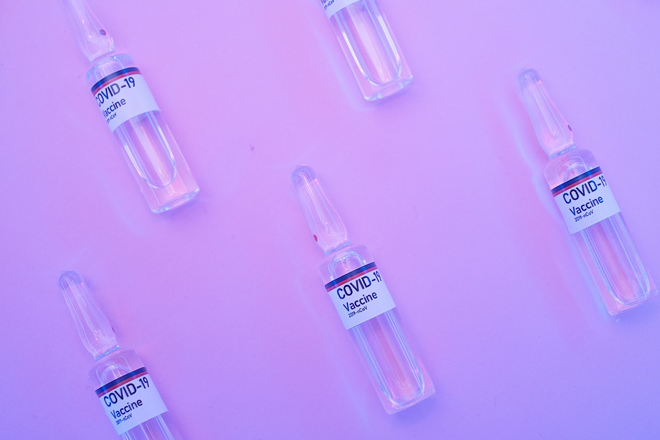 Ohio continues to get good news in its fight against coronavirus. On Saturday, the infection rate dropped to less than 50 cases per 100,000 Ohioans.

That’s the rate Gov. Mike DeWine originally set for removing COVID-related health orders, although he backed off of it as federal authorities eased masking guidance. The rate is a far, far cry from the 900 cases per 100,000 Ohio was seeing in mid-December, Ohio Department of Health Chief Medical Officer Bruce Vanderhoff said Monday.

But Vanderhoff and his colleagues warned that rampant misinformation about vaccines threatens progress against the disease — especially in certain pockets of the Buckeye State.

“Sadly, the internet is rife with misinformation and as this false information spreads it can cause many people to be unduly concerned about receiving COVID-19 vaccines,” he said during a press conference.

Mistrust of vaccines is nothing new. In the first days of the 1900s, Americans formed anti-vaccination leagues in the face of ham-fisted government efforts to make people take a smallpox vaccine that had been produced with little in the way of quality control.

While that movement might have had some justification, the more modern movement has much less.

In 1998, Andrew Wakefield published an article in the prestigious journal The Lancet claiming a link between the MMR vaccine and autism. The paper was withdrawn and Wakefield was barred from practicing medicine after other researchers were unable to reproduce his claimed results — and after investigators learned that some of the research was funded by lawyers who were suing vaccine manufacturers.

But the myth of the harmful MMR vaccine persists. When a COVID-19 vaccine was developed in record time last year it was perhaps inevitable that it would get churned through the social-media B.S. machine as well.

Extensive clinical trials and now hundreds of millions of real-world vaccinations have shown the American-approved shots to be safe. Yet Kaiser Family Foundation’s vaccine-opinion tracker shows that 15% of white people, 27% of Republicans and 24% of rural residents say they will “definitely not” be vaccinated against COVID-19.

That raises concerns that as some parts of Ohio near herd immunity, others are not.

“In the public health community, there’s concern that if there are low vaccination rates in a particular geography we could see localized pockets of COVID-19 cases arising,” Vanderhoff said, adding that could cause a surge that would threaten children who can’t yet be vaccinated as well as the thousands of Ohioans for whom the vaccine appears to be ineffective.

On Monday, Vanderhoff and his colleagues tried to dispel a particularly virulent strain of misinformation: That the vaccines cause infertility.

“I don’t think it can be any more clear that it can’t affect your pregnancy,” said Lisa Egbert, an obstetrician/gynecologist who is president of the Ohio State Medical Association.

Neel Parekh, a urologist specializing in men’s infertility at the Cleveland Clinic, said research continues, but so far there’s no evidence that the vaccines affect male sperm production or motility.

Vanderhoff also tried to dispel some of the more exotic fantasies about the vaccines.

“There’s a far-fetched notion floating around on the internet right now that the vaccines contain microchips or other nefarious ingredients that can be used to control you,” he said, adding that they don’t, nor do they change one’s DNA.

Vanderhoff also tried to dispel one of the most common assertions about the vaccines: That they’re experimental.

He said that more than 70,000 people participated in the Pfizer and Moderna clinical trials. Also the U.S. Food and Drug Administration’s emergency-use authorization might sound concerning, but it was invoked to distribute vaccines more quickly, Vanderhoff said.

“There is nothing that is experimental about the vaccines that we have,” he said.