Chris Cicchinelli and his wife, whose daughter is transgender, made the donation via their nonprofit Living with Change 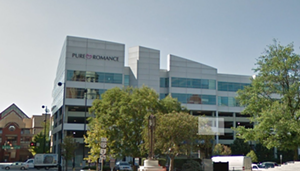 It wasn’t until Jessica and Chris Cicchinelli’s daughter came out as transgender that they understood the reality of the struggle and the resources needed.

“Our daughter opened our eyes — in more ways than one — to the fact something must be done,” said Chris, CEO of locally based Pure Romance, in a press release.

The couple, founders of nonprofit Living with Change, is donating a multi-year gift of $2 million to Cincinnati Children’s Transgender Health Clinic, which will help with increased resources, opportunities for training more healthcare providers, the creation of a learning network and reaching a long-term goal of founding a Center of Excellence for LGBTQ care.

Chris also cited statistics, including increased rates of suicide among transgender people, who make up 2 to 3 percent of the world’s population.

In 2014, the Williams Institute and American Foundation for Suicide Prevention reported that 41 percent of transgender and gender non-conforming adults had attempted suicide. For those who experienced discrimination, violence or rejection because of their gender identity, the rate was higher — sometimes climbing to 78 percent. Other studies have reported similar findings.

In response, Living With Change seeks to support transgender youth and their families through resources, education and financial assistance. And, through these initiatives, they want to foster both confidence and acceptance.

In addition to family support, the organization also works with Cincinnati Public Schools to provide training for principals, superintendents, teachers and classrooms. The same trainings extend into the corporate world — they work with businesses in the region to do the same.

As one of the only transgender clinics in the region, Cincinnati Children’s Transgender Health Clinic has served over 1,000 patients since it opened its doors five years ago. In the past year, their patient base has tripled. The clinic serves patients between the ages of 4 and 24, with approximately 50 visits per week. According to the press release, they aim to meet families where they’re at as each case is different and each patient is on their own journey.

“This gift will be used to increase Cincinnati Children’s capacity to meet the growing patient population, to build a cadre of medical professionals trained in transgender care and to apply improvement science to this specific field of medicine,” she said. “We thank Living with Change for their generosity.”