Pureval's campaign has scheduled a Wednesday announcement in Avondale, a sign he's likely in the race to try to unseat U.S. Rep. Steve Chabot. 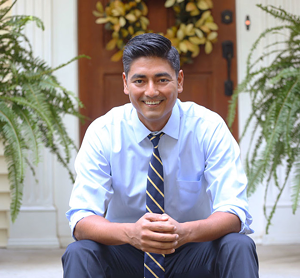 Cincinnati Parks have 58 million problems, but the organization hopes a plan to fix them all isn’t one. That’s the cost ($58 million) of the delayed maintenance and repairs facing the city’s park system — six times the $9 million the city is spending to operate the parks this year. And some of the city’s spending has gone to help fund park renovations like Washington Park and Ziegler Park in Over-the-Rhine, as well as brand-new Smale Riverfront Park downtown, instead of routine maintenance at other locations around the city. That’s led to lots of closed features — miles of trails and locked up park shelters like the historic structure in Mount Auburn’s Inwood Park. But new parks director Wade Walcutt  says there’s a plan underway to help with that. Walcutt wants to create a subcommittee made up of Park Board members, city residents, park workers and others to explore grants, money from the private Park Foundation and other sources to start addressing the system’s mounting maintenance concerns. Walcutt’s first big substantive move: tapping $150,000 from private endowments bequeathed to the park to address maintenance needs across the system as well as specific maintenance projects at parks in Avondale, Hyde Park and Walnut Hills.

• Could Cincinnati get driverless shuttle buses someday? Cincinnati’s Smart City Committee is investigating the possibility. The committee is made up of leaders from around the region and University of Cincinnati researchers. They want to construct a test track — location to be decided — to try out driverless technology in the hopes that one day the unmanned shuttles could carry folks between uptown and downtown, to CVG and elsewhere. The city would need to invest in infrastructure to support those shuttles, of course, and vehicles would need their own modifications. But there are federal grants to pay for some of that work, and the technology already exists. Florida Polytechnic University recently built a $100 million test track for the unmanned vehicles, and General Motors is poised to introduce a car without driver controls next year.

• Should a 17-year-old transgender person be allowed to get hormone replacement therapy even though his parents oppose the practice? A local judge will have to decide soon. Hamilton County prosecutors say a transgender teen “teeters on the edge of suicidal ideation” because his parents won’t allow him to get gender transition-related medical services from Children’s Hospital. Assistant Prosecutor Dan Clancy, who is representing Hamilton County Job and Family Services in court against the parents, said Friday during closing arguments before visiting Judge Sylvia Hendon that the parents were bent on proving that their child is not transgender. Hendon must decide whether to give full custody of the boy to his grandparents sometime before mid-February.

• It’s almost official: Hamilton County Clerk of Courts Aftab Pureval, an up-and-coming local Democrat, looks likely to seek to challenge Republican U.S. Rep. Steve Chabot for his 1st District congressional seat this year. He has reportedly told fundraisers he’d like their support and that he’s likely to jump into the race. Pureval’s team has scheduled an announcement of some kind… hmm…  10 a.m. Wednesday at Gabriel’s Place in Avondale. Pureval is riding high from his 2016 win over former Clerk of Courts Tracy Winkler and subsequent good press for shaving $800,000 from the clerk of courts office budget. But he faces a big challenge. Chabot has served in his congressional seat almost uninterrupted since 1994. During that time, he’s bested current Cincinnati Mayor John Cranley twice for the seat and has only been ousted once — Democrat Steve Driehaus served a single term in 2008. Since that time, the district has been redrawn to be more Republican-friendly, including large portions of deep red Warren County. Pureval will also have to make it through a primary against Michele Young, who ran for the seat back in 2016, and Rabbi Robert Barr, who has notched some national attention and big fundraising for his campaign. Pureval also doesn't live in the 1st Congressional District, though that isn't required by law.

• President Donald Trump won Ohio by eight points during the 2016 election, but there are signs the Buckeye State is souring somewhat on the reality-TV-star-turned-commander-in-chief. The first 2018 polling from Ohio shows that 52 percent of the state’s population now disapproves of Trump. He’s lost favorability among women (just 36 percent approve of the job he’s doing) and independents (53 percent disapprove of him). But Republicans still love him: three quarters of GOPers in Ohio say they continue to support the president. That’s a trend present in a number of other swing states, where Trump’s popularity is waning among all but hardcore Republicans.