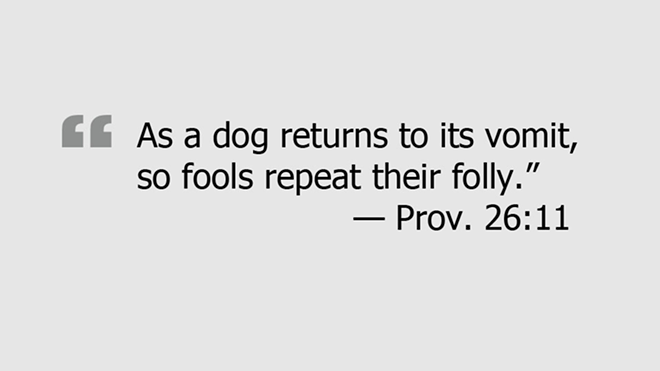 Proverbs is a treasure house of maxims.

“As a dog returns to its vomit, so fools repeat their folly.”

His last attempt was scuttled by outrage over phone hacking by his British reporters and editors.

Then, Murdoch’s journalists elevated illegal phone hacking and related bribery of public officials to an art. Seemingly contrite, he was less than candid when challenged by parliament and closed his profitable Sunday tabloid News of the World as penance.

Sky is a big deal in Europe but this is also a very American media story. Murdoch is boss of Fox News, 20th Century Fox, the Wall Street Journal, etc.

He ignored or failed to close the brothel at Fox News where other aging, wrinkled white men required attractive younger female employees to accede to demands for sex or sexual harassment.

The promised or imagined payoff for women who submitted was a job or a better job. Refusal could be career-killing at Fox News.

Murdoch — whose sanctimony is rivaled only by his willful blindness or complicity in phone hacking, police bribery, office sex and sexual harassment — denies knowledge of what his buds were doing.

Murdoch is the major player in American popular media, as he aspires to be in the U.K. He’s never been a hands-off owner. Murdoch is courted for his support and feared for his opposition. His London dailies boosted Britain’s “Brexit” from the European Union and Fox News shamelessly was Trump’s campaign cable network.

What’s ironic is his failure to control his subordinates and the troubles they’ve caused him in his global empire.

We don’t know how many tens of millions Murdoch has paid to female victims of his cronies at Fox News in confidential settlements. The New York Times blew the top off this scandal with its accounting of a few of the women’s complaints.

By then, Roger Ailes, who created Fox News with Murdoch, had been forced out under accusations of sexual harassment. Ailes, O’Reilly and others deny any wrongdoing.

With the same straight face he offered parliament in the wake of the News of the World scandal, Murdoch offered false contrition for the sexually hostile environment at Fox News.

It is beyond belief that Murdoch did not know or suspect what was happening at his properties. He’s not an absentee owner, regardless of his sons’ growing roles.

Hacking brought criminal investigations and demands that Murdoch and son James appear before parliamentary hearings.  and what the New York Times called “the final humiliation”: a call from Prime Minister David Cameron, Rupert Murdoch’s political beneficiary, to drop the Sky bid, which he did.

Six years later, the New York Times continued, “Murdoch is, if anything, at the height of his political power, given his special relationship with President Trump and the architects of the successful Leave campaign in Britain.”

Murdoch founded the U.K.’s dominant, rich Sky satellite and cable network. His 20th Century Fox owns 39 percent. Murdoch sees the moment as propitious and he’s trying to persuade British regulators that he should be able to buy all of Sky.

Standing in Murdoch’s way is the quaint requirement that anyone aspiring to win a British broadcast/cable/satellite license should be “fit and proper.”

As the New York Times reported, that standard is “based on the premise that those who control news, information and entertainment options on television and radio should be held to high ethical standards, and that doing so determines ‘the kind of country we are,’ as Jane Bonham-Carter, a member of Parliament, recently put it.

Regulators at the Office of Communi-cations here, known as Ofcom, will make the decision.

Last week’s revelation in Murdoch’s Wall Street Journal won’t help the cause with Ofcom because of the lingering stink of the News of the World hacking.

The women settled their sexual harassment claims for a total of $29 million.

And late last week, the WSJ reported that federal investigators are looking into those settlements and whether they were accurately reported to investors.

Rupert Murdoch isn’t alone in this. Sons James and Lachlan reportedly played a role in dumping Ailes and O’Reilly from Fox News and they are involved in Sky.

James has his own “fit and proper” baggage. He claimed that he did not know the extent of the hacking inside the newspaper division that fell under his purview at the time.

But “an email unearthed by investigators showed that a top editor had informed him that the hacking was more widespread than the company had acknowledged. He said he had not read the email in full,” the New York Times said.

“But much of the judicial inquiry that followed centered on whether the Sky bid he led at the time had too aggressively sought to trade on the company’s political sway. As he pursued the Sky deal, James Murdoch appeared to be an adept student of his father’s use of power and influence.”

Cameron and the Murdochs denied Labour charges that there had been a quid pro quo; a judicial investigation did not find one and Sky passed that initial regulatory scrutiny.

But, the New York Times added, the judicial inquiry reported inappropriately close contact between the Murdochs’ lobbyist and the key conservative cabinet minister overseeing the process. The judicial inquiry added that it was “regrettable” that James Murdoch had not sought to halt it.

That judicial finding was in line with the findings of Ofcom, which cleared the younger Murdoch of any wrongdoing related to hacking but said he “repeatedly fell short of the exercise of responsibility to be expected of him as CEO and chairman.”