Report: Cincinnati Has One of the Most Affordable Housing Markets in the World, but That's Not Saying Much

"Affordable" is relative, after all. 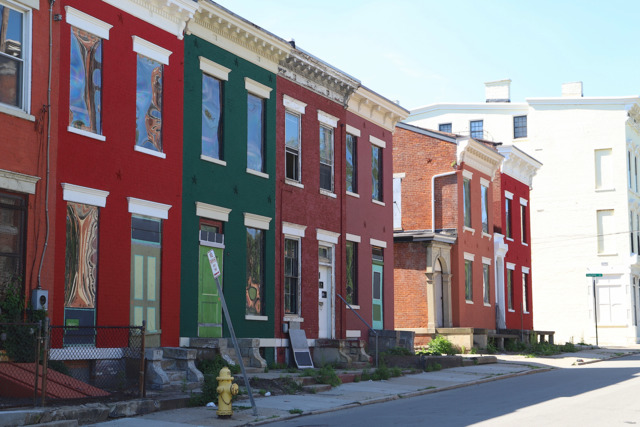 The hot real estate and rental markets have caused issues in Cincinnati in recent years — especially during the pandemic — but a new report says that the Queen City still is one of the most affordable metros in the entire world.

According to the 2022 Demographia International Housing Affordability Index from the Urban Reform Institute and the Frontier Centre for Public Policy, which was released this week, Cincinnati has the 9th-most affordable housing market as of the third quarter of 2021. The report compares 92 major markets in eight countries.

The index is ranked primarily on income in relation to housing prices, a situation that started becoming unsustainable several years back and has worsened since the COVID-19 pandemic began in early 2020. And the Urban Reform Institute and the Frontier Centre for Public Policy say that the crisis isn't over.

From the report's introduction:


As the pandemic and lockdowns continued into a second year, the movement of households from denser urban neighborhoods to larger homes, often with large yards (gardens), in suburban and outlying areas has continued. The result has been to drive up prices at unprecedented rates in many markets. As a result, many low-income and middle-income households who already have suffered the worst consequences from housing inflation will see their standards of living further decline.

As we approached publication, there were two stark reminders of the worsening situation. The National Association of Home Builders announced that nearly 70% of U.S. households cannot afford the median (middle) priced house, while Canada's Parliamentary Budget Officer reported that house prices had virtually doubled in just six years.

"In a well-functioning market, the median priced house should be affordable to a large portion of middle-income households, as was overwhelmingly the case a few decades ago," the report asserts.

In the report, the Cincinnati metro comes in at No. 9 with a median multiple of 3.8 and is considered moderately unaffordable.  Pittsburgh is No. 1 with 2.7 — the only city under the "affordable" threshold" — while Cleveland is No. 7 with 3.7. Louisville is in a three-way tie at No. 10 with 4.0.


Only two metros in other nations crack the top 10 of affordability: Edmonton, Canada (tied at No. 4 with a 3.6 median multiple) and Glasgow, Scotland (tied with Cleveland at No. 7 but with 3.8).

The report adds that the combination of high-income shoppers buying larger houses further from urban cores due to working from home during the COVID years plus supply-chain issues that slowed the construction of new housing have contributed heavily to the disruption in affordability.

Cincinnati leaders are looking at ways to alleviate the housing squeeze locally. This week, Cincinnati City Council approved Mayor Aftab Pureval's proposal to use excess fiscal year revenue as a dedicated source for the city's Affordable Housing Trust Fund. That allotment, the mayor said, could be $1 million to $2.5 million annually.

Click below for more on why this matters! pic.twitter.com/pbYyatNwum

Earlier this year, Pureval and Reggie Harris, council member and chair of the equitable growth and housing committee, proposed a comprehensive housing incentive and zoning review to guide Cincinnati's future growth and boost mixed-income affordable housing instead of concentrating incentives in neighborhoods that already are wealthy.

Harris also is looking to streamline the process for developers who apply for low-income housing tax credits and state support.

In 2021, outside investors gobbled up houses in metropolitan areas across the country — including in Greater Cincinnati — at an alarming rate, The Washington Post found after analyzing data from real estate company Redfin.

According to the analysis, investors bought nearly one in seven homes sold in America's top metro areas, the most in at least two decades. The analysis considers real estate investors to be large corporations, local companies, or wealthy individuals who generally don’t live in the properties they are buying, who either look to flip the homes to new buyers or rent them.

In Cincinnati, 15% of homes were purchased by investors, which is more than those purchased in a typical metro area, the Post  found. In 2015, investors bought just 7% of the housing stock.

In November, CityBeat reported that Cincinnati was one of the most-booked cities on Airbnb, which analysts say also has contributed to the housing squeeze.

Throughout much of 2021, local monthly rents — as in permanent housing, not vacation rentals — increased in year-over-year comparisons. In June, the overall median rent in Cincinnati was $1,200 per month, an increase of 17% over the previous year. Rents increased for Cincinnati studios, one-bedroom apartments and two-bedroom apartments in June, a report from Realtor.com says. At that time, people in Greater Cincinnati paid $1,025 per month for a studio, $1,155 for one bedroom and $1,275 for two bedrooms. That equates to studios going up by 2.5% over the last year, single bedrooms by 12.7%, and doubles by a whopping 21.4%.