Ohio ranks No. 3 for massive subsidy deals with corporations 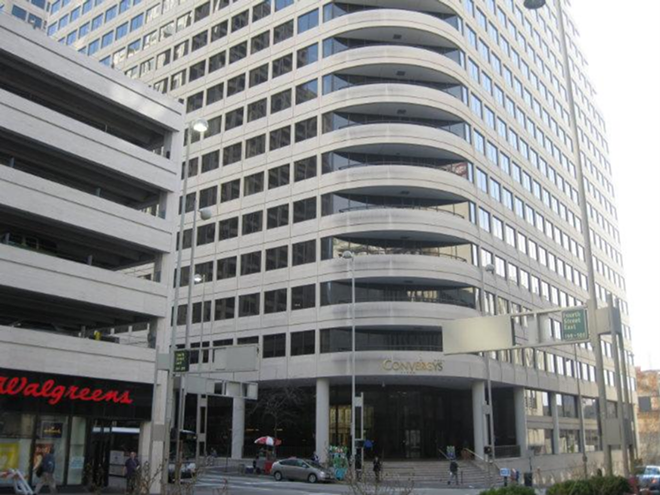 Ohio is No. 3 in the nation for “megadeals” — massive government subsidies to corporations that are meant to encourage in-state job creation — but a new report found many of the deals rarely produce the kind of jobs initially touted by public officials.

In the Good Jobs First report released on June 19, Ohio tied with Texas as No. 3 for megadeals, which Good Jobs First defines as subsidies worth $75 million or more. Michigan topped the list with 29 deals, followed by New York with 23.

In the Cincinnati area, local and state agencies agreed to pay $196.4 million to Convergys in 2003 and $121 million to General Electric in 2009 to keep and create jobs in the area.

It’s no secret the deal with Convergys went sour for Cincinnati. In December 2011, the company, which provides outsourced call center services, agreed to pay a $14 million reimbursement to the city because the company’s downtown employment fell below 1,450 — the number of jobs required under the initial deal. The reimbursement deal also calls for the company to pay an additional $5 million if its downtown employment falls below 500 before 2020.

The Good Jobs First report finds this kind of failure is not exclusive to the Convergys megadeal or Cincinnati; instead, the report argues that megadeals are expensive and often fail to live up to expectations.

“Despite their high costs, some of the deals involve little if any new job creation,” said Good Jobs First executive director Greg LeRoy in a statement. “Some are instances of job blackmail, in which a company threatens to move and gets paid to stay put. Others involve interstate job piracy, in which a company gets subsidies to move existing jobs across a state border, sometimes within the same metropolitan area.”

For the jobs that are kept and created, states and cities end up paying $456,000 on average, with the cheapest deals costing less than $25,000 per job and the most expensive costing more than $7 million per job.

The report finds the number of megadeals per year has doubled since 2008, on top of getting more expensive in the past three decades. Each megadeal averaged at about $157 million in the 1980s, eventually rising to $325 million in the 2000s. The average cost dropped to $260 million in the 2010s, reflecting the price of deals made in the aftermath of the Great Recession, which strapped city and state budgets.

“These subsidy awards are getting out of control,” said Philip Mattera, research director of Good Jobs First and principal author of the report, in a statement. “Huge packages that used to be reserved for ‘trophy’ projects creating large numbers of jobs are now being given away more routinely.”

Ultimately, the report aims to increase transparency for such subsidies, reflecting an ongoing goal for Good Jobs First. To do this, the organization has set up a database (www.subsidytracker.org) that anyone can visit to track past, present and future subsidy deals.

But the report claims much of this work should already be done by the Governmental Accounting Standards Board (GASB), which “has been long-negligent in failing to promulgate regulations for how state and local governments should account for tax-based economic development expenditures,” according to a policy sidebar from LeRoy. “If GASB were to finally promulgate such regulations — covering both programs and deals — taxpayers would have standardized, comparable statistics about megadeals and could better weigh their costs and benefits.”