Report: One in 10 Kentucky Children Has Had at Least One Parent Incarcerated

In 2019, 65% of female inmates in Kentucky state custody were parents, according to data from Kentucky Youth Advocates. 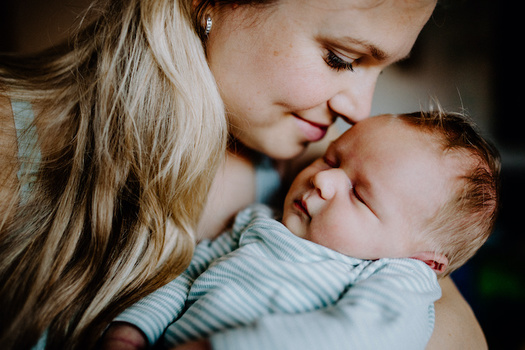 Photo: AdobeStock
In 2019, 65% of female inmates in Kentucky state custody were parents, according to data from Kentucky Youth Advocates.

A new report says the number of Kentucky women, including mothers, who are incarcerated has skyrocketed.

Stephanie Hoskins, Southeastern Kentucky addiction services supervisor at Volunteers of America's Freedom House, a women's recovery center in Manchester, said drug-related charges are a huge driver of these numbers. She said making substance-use treatment accessible to more women and allowing them to stay with their children, benefits communities.

"Our Freedom House model, it is a two-generational solution. When we care for that mother, and that mother is getting the treatment they need for their substance-use disorder, we're helping them start their new life over," Hoskins said. "And we're also giving hope and possibility to their children, that they're going to get their mother back."

One in 10 Kentucky children has had at least one parent incarcerated, the third-highest rate in the nation. Studies show this can trigger a host of negative consequences for kids, from greater risk of housing instability to behavioral issues and low grades in school.

Cortney Downs, policy and advocacy director at Kentucky Youth Advocates, said when a woman is a child's primary caregiver, courts should consider community-based alternatives for nonviolent offenses, such as substance-use treatment, vocational training and parenting classes. She added even a relatively brief period of time when a parent is in prison can have traumatic psychological effects on children.

"These kids still really love their parents. From the engagement that we've done, we don't really get a lot of kids who are like, 'I just don't want to be around them,'" Downs said. "There's this intense love that they still have, this desire to still be at home with their parents, of wanting to maintain that connection and that relationship with them."

Christina Compton, lead peer support intake supervisor at Freedom House, said mothers in recovery there can live with their children up to age 17. She said prior to a mother's incarceration, kids are more likely to have lived with her, and often then end up staying with relatives or friends or are placed in foster care.

Compton said she believes in order to break the cycle of addiction, it's critical families stay together.

"So, that eliminates the need of outside-of-family placement," Compton said. "A lot of times, we help them navigate their DCBS cases, and it keeps the children in a safe and healthy environment."

She added the impact on communities could be profound, given the scale of the problem. The report says between 2017 and 2019, in every Kentucky county, at least one-third of people incarcerated in state custody were parents.