Reports of Gender-Based Violence Up in Cincinnati; More News

Complaints about assaults and other violence related to gender have increased in the past few years, statistics from nonprofit Women Helping Women and the Cincinnati Police Department indicate. 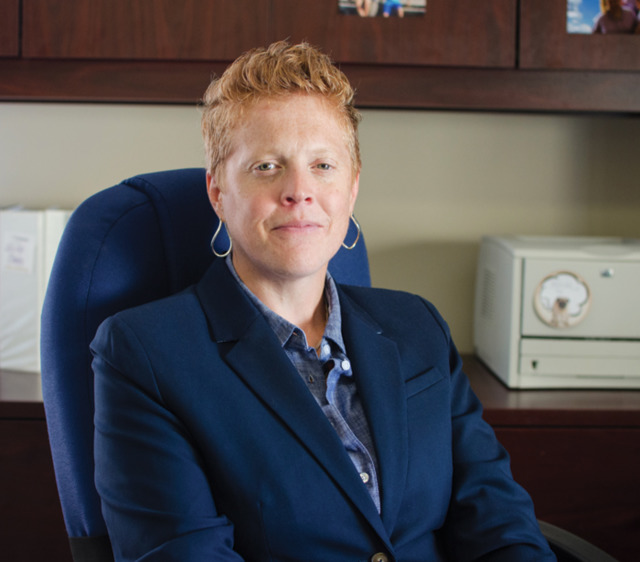 Hey, hey Cincy. Before you run off to your Halloween festivities this weekend (I’m super ready for my favorite holiday as well), let’s talk about something really scary  — the news.

First off, you should probably wander on over to this link right here and give it a nice little click if you’re still working on that whole voting thing that is happening right now. We have everything you need to know about local elections and issues ahead of Nov. 6 — from governor on down to county judgeships and local ballot issues, links to debates and forums candidates participated in, when and where to vote early, all of it.

• Cincinnati Public Schools, students at Robert A. Taft Information Technology High School, high school sports fans and West End residents will say a final goodbye to the neighborhood’s Willard A. Stargel Stadium tonight. The facility, named after the late Taft football coach and neighborhood hero, is slated for demolition next month to make way for FC Cincinnati’s coming Major League Soccer facility — but the timing of the new Stargel will be trickier than originally expected. You can read more about that in our story here.

• Meanwhile, there is some controversy between FC Cincinnati and another organization in close proximity to the coming soccer stadium’s footprint. Earlier this week, FCC President and General Manager Jeff Berding told The Cincinnati Enquirer that the Cincinnati Ballet had asked for $1 million from the team for use of its parking lot. The ballet has a long-term lease on its building and the lot, which it was renting from Tristate Whole Building Supplies before the company sold the property to FCC. Berding called the ask from the ballet “a shakedown,” but Cincinnati Ballet CEO Scott Altman fired back, saying Berding’s claims were “patently false.” Altman says neither he nor chair of the ballet’s board, Debbie Brant, had any such discussion with Berding about money, and that no one else negotiates for the organization. Berding has declined to name who he says asked for the payment.

• This week, Mayor John Cranley delivered his fifth State of the City Address, which was big on praise for the city’s first responders during recent tragedies. Cranley didn’t talk much about new initiatives his office may unveil in the future, however, and managed to sidestep talking about the major shakeups that have rocked City Hall this year. You can read more in our story here.

• If you’re looking to get your off-season Reds fix, this might bum you out: the team’s Hall of Fame and Museum will close for renovations Nov. 1. It’ll be the site’s first revamp since it opened in 2004. Some of the Red’s many artifacts — believed to be the most of any Major League team — will be hitting the road, however, so you can still see them at other locations. The museum will reopen in time for next year’s baseball season, director Rick Walls says.

• Are you a fan of intimidating, brutalist architecture? Well, you’re probably not going to like this. Officials at the University of Cincinnati this week acknowledged that the school is planning to tear down Crosley Tower, one of the largest single-pour concrete buildings in the world. It’s also very… unique… aesthetically. Don’t worry, though, you have plenty of time to take pictures of the towering, angular structure — it will be years before UC demolishes it.

• Reports of gender-based violence are on an uptick, according to statistics shared at Cincinnati nonprofit Women Helping Women’s annual breakfast yesterday. In 2017, the organization helped 5,800 people who reported they survived abuse or violence due to their gender, WHW CEO and President Kristin Shrimplin said. This year so far, that number has climbed to 6,000. Some of that, of course, is the influence of the Me Too movement emboldening people to come forward with their stories. But Cincinnati Police data also shows an increasing number of reports: from 1,700 in 2015 to 1,800 in 2016 up to 1,943 last year, including incidents that resulted in nine deaths.

"We have had enough of the fundamental disrespect and disregard, the violation and victimization in our region and in the U.S. of survivors," Shrimplin said at the breakfast.

• The federal government is investigating potential hate crime charges after a man shot and killed two African-Americans at a Kroger near Louisville. Suspect Gregory Bush tried to get into a predominantly black church before those shootings and uttered a racial comment afterward, a bystander says, sparking speculation that the shootings of his two black victims may have been racially motivated. There is evidence mental illness may have also played a role. Read more in our story here.

• Finally, in national news, authorities say they have arrested Florida resident Cesar Sayoc as a suspect in connection with a dozen bomb-like packages mailed to prominent Democrats and other critics of President Donald Trump. Those packages, which are believed to contain explosives, are currently being examined by the FBI. Former presidential candidate Hillary Clinton, former Vice President Joe Bidden, former President Barack Obama and other high-profile targets received the packages. Evidence — including a van owned by Sayoc plastered with political posters and slogans — suggests he was an ardent supporter of Trump and conservative causes.