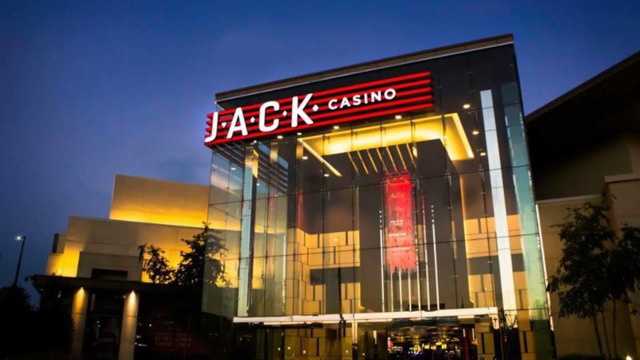 It's a done deal — Cincinnati's JACK Casino on Reading Road will change hands for $745 million and become Hard Rock Casino Cincinnati next spring.

Detroit-based JACK Entertainment LLC sold the 100,000 square-foot property on 22 acres to Hard Rock International and VICI Properties Inc. in a deal that was first announced back in April.

VICI will own the property and lease it for $43 million a year to Hard Rock, which will operate the casino's 1,800 slot and other gaming machines and 100 tables as well as its 33,000 square feet of conference space, six restaurants and two bars. That lease will be for 35 years, with an initial 15-year lease and four five-year extensions.

“Hard Rock has been the number one operator in Ohio since opening in the greater Cleveland market in 2013,” Jim Allen, chairman and CEO of Hard Rock International, said in a statement in April when the deal was first announced. “And now, we look forward to introducing our unique brand of casino entertainment to Cincinnati.”

VICI is a two-year-old investment trust mostly operating in the gaming industry. VICI President John Payne was previously with Caesars and helped create the Cincinnati casino. VICI owns 22 other casinos across the country.

Cincinnati's casino is one of four in the state voters authorized in 2009. The others are in Cleveland, Columbus and Toledo. The Cincinnati gaming facility opened in 2013 as Horseshoe Casino but became JACK Casino when owners Rock Ohio Caesars rebranded as JACK Entertainment in 2016. JACK will continue to operate its other Ohio casino in Cleveland.

"After 10 years, hundreds of millions of dollars of investment developing JACK Cincinnati Casino from the ground up, and establishing a strong customer-focused culture, we have successfully positioned JACK Cincinnati Casino for further future success," a statement from JACK Entertainment CEO Matt Cullen released in August read. "We are confident that Hard Rock and its world-renowned brand will be a great addition to the Queen City and the right choice to take JACK Cincinnati Casino and Turfway Park to the next level of growth."

The Cincinnati site averaged about $17 million a month in gaming revenue last year.

Cullen also helped oversee the development of the Cincinnati casino and was deeply involved in the 2009 push to legalize gambling in Ohio.

JACK Casino opened with roughly 1,700 employees and currently employs about 1,000 people. Those workers will become employees of Hard Rock.

Another deal between the two entities — the sale of JACK's Turfway Park in Florence — is still pending.