Sens. Paul and Boxer Team Up on Transportation 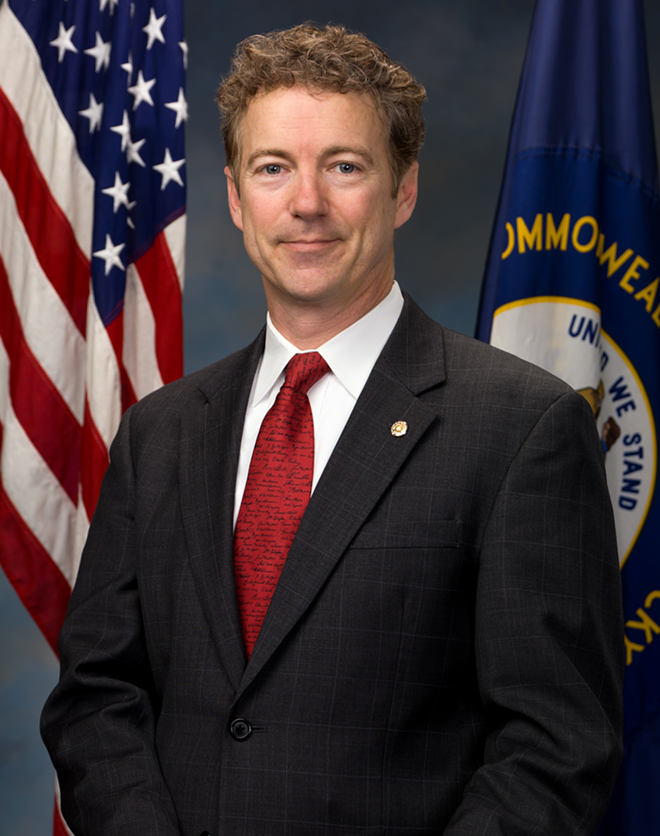 It sounds a little like an episode of a zany sitcom: a tea partying conservative from Kentucky and a classic California liberal team up to clean up some roads.

Sen. Rand Paul, R-Ky., announced Jan. 29 that he and Sen. Barbara Boxer, D-Calif., would introduce a bill seeking to shore up the nation’s federal Highway Trust Fund. The announcement comes as fights over what to do about the nation’s looming infrastructure needs hit close to home.

The federal fund that helps pay for highway, bridge and transit projects could face insolvency this year if Congress doesn’t find new sources of money for infrastructure. In Greater Cincinnati and Northern Kentucky, local and state officials are currently wrangling over the $2.6 billion Brent Spence Bridge replacement project. The bridge is more than 50 years old and carries 160,000 cars a day — four times more than it was designed to hold. Cincinnati’s 83-year-old Western Hills Viaduct will also need to be replaced in the next decade at a cost of $240 million. Studies by engineers have found that both bridges are structurally obsolete, though not immediately unsafe. Federal funds could go a long way toward making those projects reality.

"I am pleased to be working with Senator Boxer on a bipartisan solution to a tax and highway spending problem,” Paul said in a statement. “The interstate highway system is of vital importance to our economy. All across the country, bridges and roads are deficient and in need of replacement.”

Paul and Boxer’s bill proposes what is, in effect, a corporate tax cut: lowering the U.S. repatriation rate, or tax rate for foreign earnings, in order to incentivize U.S. companies to bring money back into the U.S. economy from foreign tax shelters. The proposed law would allow companies to voluntarily repatriate some of the estimated $2 trillion in off-shore corporate profits at a discounted tax rate of 6.5 percent. The program would require companies use that repatriated money to help build the economy. The money must be used for hiring or research and development, for instance, instead of executive raises. Taxes from the repatriated funds would go into the federal Highway Trust Fund for roads, bridges and other transit projects.

Paul did not mention regional projects like the Brent Spence Bridge specifically in statements about the proposal, though he has been active in the past in working to secure funding for replacing the bridge. It’s unclear if and when such projects would see a benefit from the bill, or exactly how much money it would raise should it pass into law.

A U.S. Chamber of Commerce study conducted on a similar proposal in 2013 found that the move could boost America’s economy by more than $400 billion, according to a white paper released by the senators. President Barack Obama put a similar plan in his budget proposal, which he unveiled Feb. 2.

There are other proposals for shoring up infrastructure funds, both on the national level and here in the Tristate. Some in Congress have called for raising the gas tax, which currently helps pay for federal road and bridge maintenance. The rate hasn’t been raised since the early 1990s. But congressional Republicans, led by House Speaker John Boehner, have signaled they won’t support an increase.

On the state level, Ohio Gov. John Kasich and Kentucky Gov. Steve Beshear have drafted their own plans for replacing the Brent Spence Bridge here. The two say the project can’t wait much longer — they cite an estimate by engineers saying that the project gets $7 million more expensive every month — and that the federal government won’t come to the rescue any time soon. Their proposal involves a public-private partnership that would necessitate tolls, however, something that has caused bipartisan consternation in Northern Kentucky. Many officials there are dead set against tolls, which they say will hurt workers and businesses. That’s tipped Northern Kentucky United, an anti-toll group, toward Paul’s idea.

“There are details yet to be worked out, but the similarities between what the President has suggested and the bipartisan proposal out of the Senate gives us good reason to be optimistic,” said Marisa McNee of Northern Kentucky United. “There is simply no reason to continue a rush to toll the Brent Spence Bridge when the White House and Congress appear to be moving towards an agreement on the Highway Trust Fund.”

Kasich, on the other hand, likened counting on funds from the federal government to waiting on the tooth fairy in a news conference last week on his proposal.

Paul and Boxer are a surprising team. Paul, a tea party favorite and potential candidate for the 2016 Republican presidential nomination, usually takes highly conservative, libertarian stances on policy and spending matters. Boxer, on the other hand, is one of the chamber’s most liberal members. In her 32-year career in Congress, first as a representative and then as a senator, she fought for tighter gun control, more environmental protection measures and pro-choice causes. Boxer, who is 74, announced last month that she will not seek re-election.

“I hope this proposal will jumpstart negotiations on addressing the shortfall in the Highway Trust Fund, which is already creating uncertainty that is bad for businesses, bad for workers and bad for the economy,” Boxer said in a statement about the bill. “I will also be working … on other proposals to pay for rebuilding our nation's aging transportation infrastructure."