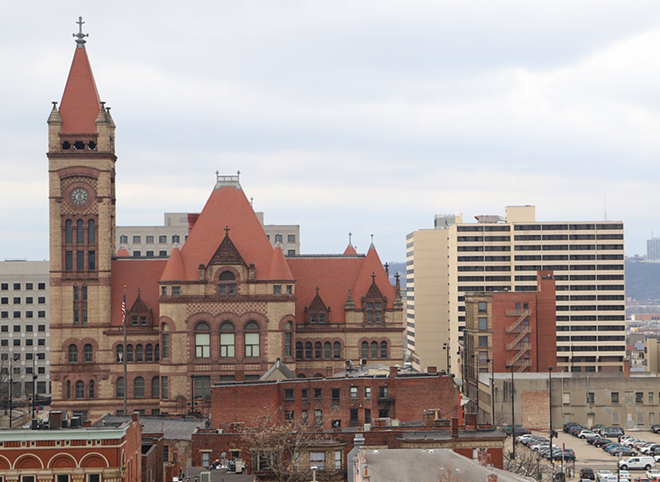 There is a likely deal to settle a lawsuit filed by a private citizen against the City of Cincinnati regarding text messages sent between five Democratic Cincinnati City Council members in likely violation of Ohio's open meetings laws.

That lawsuit, brought by conservative activist Mark Miller and his attorney Brian Shrive, seeks the release of texts sent between any combination of Democrats Wendell Young, P.G. Sittenfeld, Chris Seelbach, Greg Landsman and Tamaya Dennard during a standoff between Mayor John Cranley and City Manager Harry Black this spring. Cranley wanted Black fired. Black resisted leaving his job. Council had to approve Black's ouster, and the five members texted among themselves about the issue and other city business during the stalemate.

Hamilton County Judge Robert Ruehlman yesterday called for a March 7 hearing during which the potential settlement of the suit could be discussed with the council members present.

The city released group texts between all five last year. But Miller and Shrive, both involved in conservative group Coalition Opposed to Additional Spending and Taxes, are seeking release of texts between any two or more of the council members, saying they could reveal more evidence of violations of open meetings laws. The city has resisted releasing the remaining messages.

Ruehlman has indicated that he wants the texts released.

Hamilton County Prosecutor Joe Deters' office reviewed the texts, but did not bring an indictment against any council members. Instead, the prosecutor's office turned the texts over to Ruehlman last week, who could bring a contempt of court charge against Young, who deleted some of the messages he sent.

Young's lawyer, however, has indicated that the texts in question have been recovered and that he does not believe contempt charges will happen.