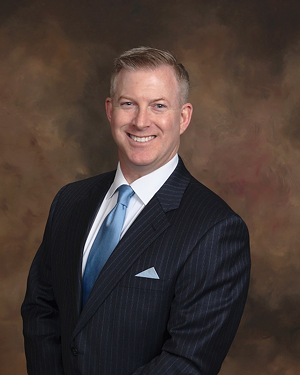 Controversial remarks made by President Donald Trump yesterday during a summit with Russian President Vladimir Putin are causing some local fallout.

"I remain a proud conservative and Republican, but I resigned today as Belmont Co Ohio GOP Chairman," Gagin tweeted. "I did so as a matter of conscience, and my sense of duty."

Gagin has been aligned with more moderate elements of the party. He once served as a staffer to U.S. Rep. Charlie Wilson, who switched from the Democratic to Republican Party in 2013. Gagin was an ally to former Ohio GOP Chair Matt Borges, who was ousted following the 2016 election in favor of Trump loyalist Jane Timken.

"The President is entitled to GOP party leaders, at all levels, fully committed to his views and agenda," Gagin said in another tweet last night. "Following today’s press conference with Pres. Putin, as well as certain policy differences, most especially on trade, I could no longer fulfill that duty. Thus, I resigned."

Trump made those comments yesterday during a news conference with Putin that came after a private meeting between the two leaders. During the news conference, Trump took the unprecedented step of siding with a foreign power over the nation's own intelligence agencies, saying he didn't necessarily believe that Russia worked to influence the last presidential election.

"I have great confidence in my intelligence people, but I will tell you that President Putin was extremely strong and powerful in his denial today," Trump said during that news conference.

The comments caused a firestorm of criticism not just from Democrats and other Trump critics, but from powerful members of Trump's own party. Outgoing U.S. House Speaker Paul Ryan, one of the GOP's most powerful members of Congress, contradicted Trump's assertions.

"The President must appreciate that Russia is not our ally," Ryan said in a statement. "There is no moral equivalence between the United States and Russia, which remains hostile to our most basic values and ideals."

"The President needs to understand he has damaged national foreign policy," Turner told CNN after the president's appearance with Putin in Helsinki.

Not every elected leader condemned the remarks, however. Kentucky Sen. Rand Paul called the furor overblown.

"All countries are doing this, but we've elevated this to a higher degree, and we've made this all about the sour grapes of Hillary Clinton losing the election, and it's all about partisan politics now," Paul said. "This is truly the Trump derangement syndrome that motivates all of this."