The complaint by State Rep. Tom Brinkman, conservative activist Mark Miller and his sons will next go before the city solicitor. 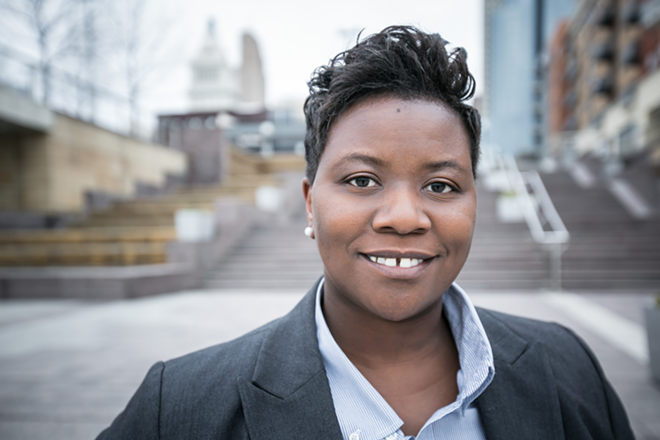 A state lawmaker and a well-known Cincinnati conservative activist have filed to begin a process seeking to remove Cincinnati City Councilmember Tamaya Dennard from office.

An affidavit from an FBI agent unsealed earlier this week accuses Dennard of seeking and receiving $15,000 in exchange for votes on the contentious land swap deal at The Banks last summer. A local attorney allegedly provided that money under the direction of the FBI and made audio recordings of conversations about the exchange.

A statement from Dennard's attorneys released yesterday says she will decide about her future on council by next week. Previously, her attorney Erik Laursen denied she has committed any wrongdoing. Dennard made a Facebook post yesterday thanking those who have reserved judgement as she seeks due process.

"It would be permanent removal," Hartman said today of the consequences if the complaint goes through. "It's not a criminal complaint. There is no prospect she would be incarcerated because of this complaint."

If Dennard was removed from office under this process, Hartman said that appointing a replacement would fall to the city. Dennard has designated Councilmember P.G. Sittenfeld as the person who would appoint her replacement.

Hartman called the affidavit "strong and significant," but said that coming trials will provide Dennard due process.

The matter will next go to Cincinnati City Solicitor Paula Boggs Muething, who will decide whether or not to prosecute the request. A hearing on the case in probate court will happen sometime in the next 10 days.

Cincinnati's city charter outlines no specific process for removing a council member from office, but state law allows for citizens to request removal of an elected official if that official has committed offenses such as the ones Dennard is accused of.

If convicted on bribery, extortion and wire fraud charges, Dennard could face up to 50 years in prison.

Miller is the same conservative activist who filed a lawsuit seeking texts from Dennard and four of her Democratic colleagues on council related to the ouster of Cincinnati City Manager Harry Black. That lawsuit ended up costing the city $101,000 — $90,000 in legal fees for the law firm Miller hired and $11,000 in fines. $10,000 of those fines were related to accusations that Councilmember Wendell Young deleted some of his texts. The rest were $200 in fines for each involved councilmember for violating Ohio open meetings laws. The five — a majority of council — texted among each other about city business.

"All indications are there is no other untoward or improper conduct happening," he said. "You have the criminal complaint and supporting affidavit in the federal court. That is shocking and disappointing, but that only concerns Ms. Dennard. That is what is involved at this stage."