Americans are expected to buy more Halloween candy than ever in 2022. Here's what Ohio will buy:

Whether you’re a kid sifting through your trick-or-treat loot or a grownup stashing away candy from the porch bowl, we all have our favorite Halloween candy. Turns out, people in Ohio share one favorite in particular.

The candy Ohioans buy the most for trick-or-treaters is classic M&M’s, according to the National Retail Federation, which tracked candy sales state-by-state from 2007-2021.

Boring or classic? It’s hard to say, but their findings show Ohioans are in love with the Halloween staple, purchasing a whopping average of 15,4231 pounds of little bags of M&M’s every year.

In a close second place was Blow Pops, with Ohioans buying 15,3788 pounds on average. Starburst came in third at 14,1756 pounds.

Nationally, Reese’s Cups took the crown for the most purchased Halloween candy, with Skittles in second and M&M’s in third.

The most hated Halloween candy among Americans is a surprise to absolutely no one: Circus Peanuts.

Just … why? They’re stale even when they’re “fresh," and the peanut-shaped marshmallow foam blocks are inexplicably banana flavored. Again, why?

In the number two spot for most hated Halloween candy is Candy Corn. Predictable? Sure. But perhaps people are just expecting too much of a candy that never promised to be anything more than an edible decoration. Your Guide to Halloween 2022 in Cincinnati: From after-dark plays in a corn maze to themed bar parties, Cincinnati is the place to be for Halloween.

Candy sales at an all-time high

While recent inflation has been the spookiest threat to the economy in a while, researchers found candy purchases are still going strong.

Americans are estimated to purchase $3.1 billion in Halloween candy in 2022, an all-time high. Last year's $3 billion record broke the previous high of $2.7 billion in 2017. Candystory.com attributes the jump not to a growing sweet tooth, but pandemic-purchasing habits that forced people to buy candy online in bigger quantities during the height of COVID to avoid crowded stores.

Trick-or-treat for most Cincinnati-area neighborhoods will be on Oct. 31 at varying times, but Cincinnati City Council is considering switching trick-or-treat to weekends in Cincinnati permanently to protect kiddos from rush-hour traffic during the week. 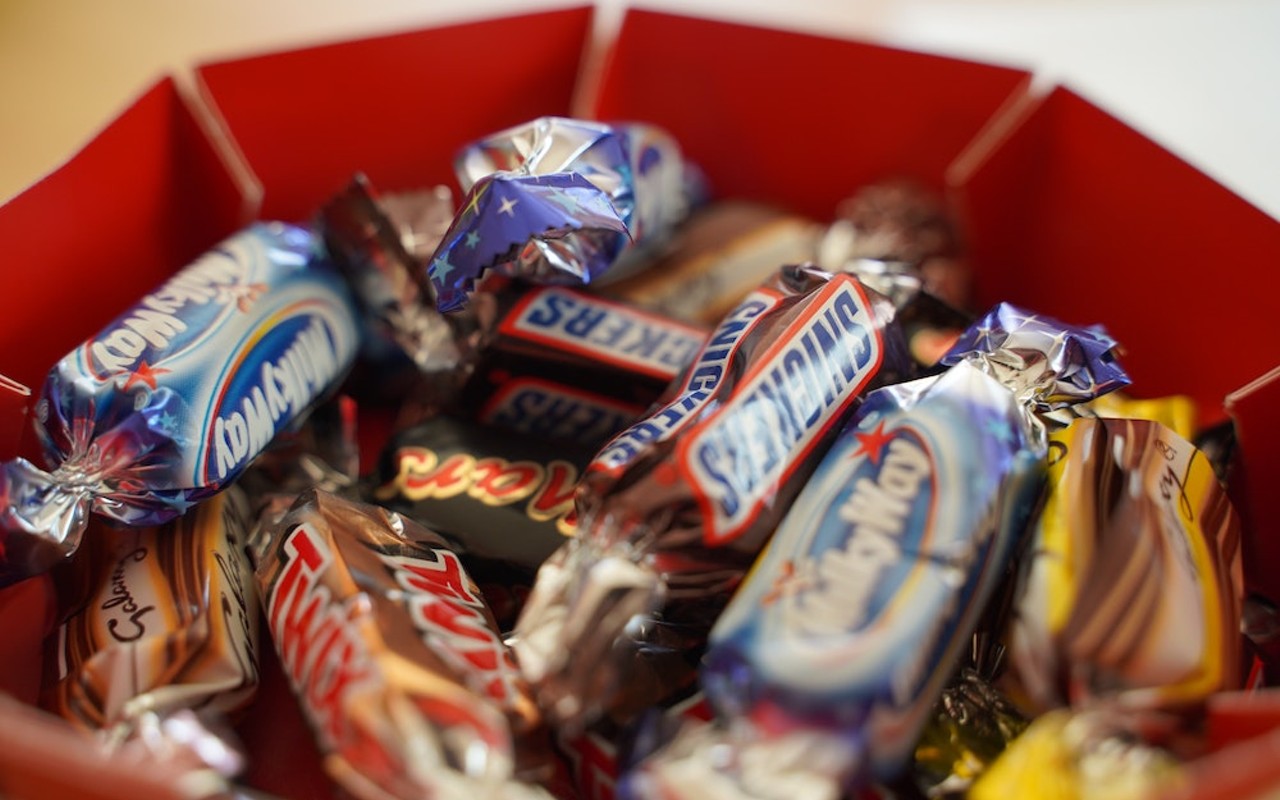 How to Recycle Halloween Candy Wrappers in Cincinnati: Madisonville's Fill More Waste Less is collecting wrappers for its "Trick or Trash" box.