Teaming Up to Tackle Child Hunger in Ohio

Up to 17 million children in the U.S. aren't getting the food they need, including roughly one in five Ohio kids. 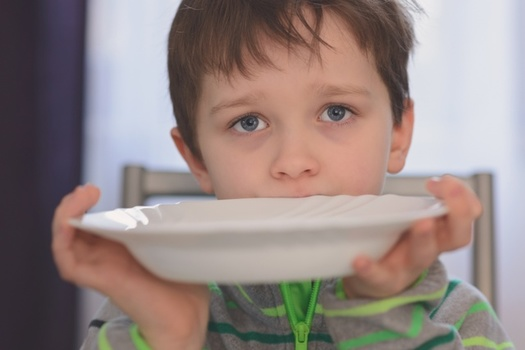 Photo: AdobeStock
Some hunger-fighting groups say much of the progress made to reduce childhood hunger in the past decade has been erased within months by the COVID-19 pandemic.

Children's advocacy groups say childhood hunger is a dire problem in Ohio, but it isn't impossible to solve.

Up to 17 million children in the U.S. aren't getting the food they need, including roughly one in five Ohio kids.

Eleni Towns, associate director for the No Kid Hungry Campaign, contends gains made over the last 10 years to alleviate childhood hunger have been erased in just the past six months.

The campaign has partnered with media company Discovery, Inc., on "Turn up! Fight Hunger," to ensure kids have access to school meals. Towns noted it's especially crucial in a pandemic.

"School districts are having to completely adjust their programs, providing meals to virtual learners, deliver meals to community sites, to provide multiple meals per day," Towns said. "And so, helping with that technical assistance side and also raising awareness, so that families know what's available to them."

Alexa Verveer, executive vice president of Public Policy, Corporate and Government Affairs at Discovery, explained they're galvanizing the power of the TV network's reach to show people how they can help.

"Am I in a position to donate dollars?" Verveer said. "Do I actually want to do some volunteerism around trying to ensure that food is disseminated to kids? Do I want to be involved in a petition or a letter-writing campaign to relevant legislators?"

Towns added hunger is more than a missed meal, and said kids shouldn't have to live with not knowing where their next meal will come from.

"We see time and time again that a hungry student can't learn to the capabilities that we know are important," Towns said. "But we also see long-term impacts to moments of food insecurity, in terms of the health and growth of children."

The "Turn Up! Fight Hunger" campaign has helped No Kid Hungry connect children with more than 500 million meals, which is more than halfway to the campaign's goal of one billion meals.