The counties’ moves come after the October 2021 enactment of a state law giving the locals the veto power over renewable energy generation sites. 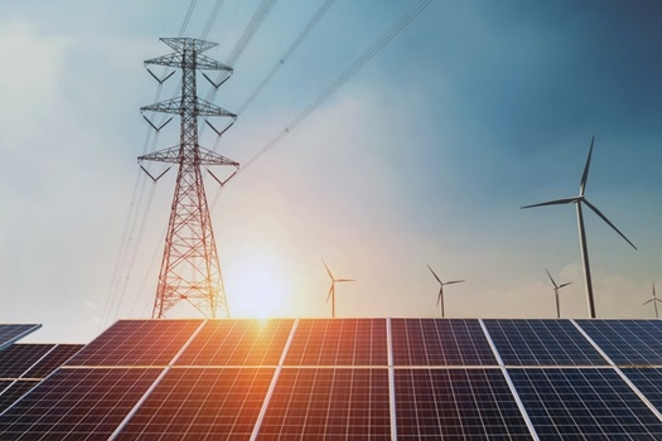 Photo: AdobeStock
10 Ohio counties, including Butler County, have passed resolutions blocking the development of new utility scale wind and solar projects within all or part of their jurisdictions in the last year.

At least 10 Ohio counties have passed resolutions blocking the development of new utility scale wind and solar projects within all or part of their jurisdictions in the last year.

The counties’ moves come after the October 2021 enactment of a state law giving the locals the veto power over renewable energy generation sites — a veto power that doesn’t exist for fossil fuel developments.

At least two more counties are actively considering such a prohibition. In Crawford County, meanwhile, citizens are pushing to reverse their commission’s ban by placing the issue on the 2022 ballot.

The state law and subsequent county action add new roadblocks to renewable energy development as the international scientific community warns of a warming climate and a need to shift away from fossil fuels.

“As you can see, there are counties making use of the authority,” said Jon Honeck, a policy analyst with the County Commissioners Association of Ohio, which did not take a formal position for or against the state legislation.

The counties, all rural, that have moved against renewables include:

Other counties have broached but not yet finalized the issue. Ottawa County is set for a public hearing next month on a potential ban. Delaware County met to consider one in October but has yet to advance it further.

The legislation doesn’t apply to wind and solar projects that have received approval from the state before it took effect.

Sarah Spence, executive director of the Ohio Conservative Energy Forum, has been tracking the counties’ action on wind and solar. She said she’s disappointed but not surprised by the speed with which the counties moved. She said it’s a loss for economic development and renewables in the areas.

Environmentalists opposed Senate Bill 52, which gave counties the new authority, arguing there was room to create more community input on power siting without choking off wind and solar entirely.

“By implementing these bans now, it’s going to make it harder to make the transition to clean energy that the public, business community, and public health and climate science all demand,” said Neil Waggoner, an operative with the Sierra Club’s Beyond Coal campaign. “These bans close off communities from the investment dollars driving these projects, new sources of revenue for local services and education, and also limit local property owner rights.”

The issue scrambles some typical political coalitions. The state legislation passed with only Republican support — somewhat unusual for legislation giving governments new control over landowners’ private property rights. A handful of Republicans in both chambers voted with Democrats in opposition, though the bill was ultimately signed by GOP Gov. Mike DeWine. It passed over the objections of the Ohio Chamber of Commerce, typically a conservative ally.

Republicans and outside supporters of the bill said the legislation restores local autonomy and prevents a situation where the Ohio Power Siting Board — a state level panel of gubernatorial appointees — grants an application for a project over objections from locals.

“Economic development and innovative energy technology is always welcome in the State of Ohio, but not at the expense of rural communities who do not want them,” said GOP Senate President Matt Huffman in a statement. “This bill keeps local residents and officials informed and in-control of where they are located.”

The bill’s two sponsors did not respond to inquiries.

Some of the opposition to wind turbines gets a bit more far-fetched. In Crawford County, Apex Clean Energy applied to build a farm of 60 turbines that could power up to 300 MW of energy, which the company says could power 85,000 homes per year.

An organization called Crawford Anti Wind formed in opposition. Its website calls for readers to “vote out big wind” and hosts pictures of a turbine on fire. The site states it’s paid for by the Crawford Neighbors United PAC, but no such group could be located in state or federal campaign finance databases.

Both Apex and Crawford Anti Wind did not respond to inquiries.

The Energy News Network previously reported on other dubious claims about renewables made during the legislative process, including one of solar panels “leaking” chemicals like lead or cadmium into the soil.

In April, 278 climate experts with the United Nations’ International Panel on Climate Change warned that the world is on track to pass a key climate target within eight years at the current rate of emissions. While the international goal can still be met to stave off disastrous effects of global warming, it will require an economically viable but politically difficult shift from fossil fuels to renewable sources of energy.

Ohio’s new legislation has moved in the opposite direction, erecting a new hurdle to clear for development and new risks for investors. In contrast, the state passed legislation last year removing authority from local governments seeking to block new buildings within their borders from natural gas hookups, an effort seen in some progressive cities to decarbonize buildings.