Sixteen people have reportedly died in the flood. 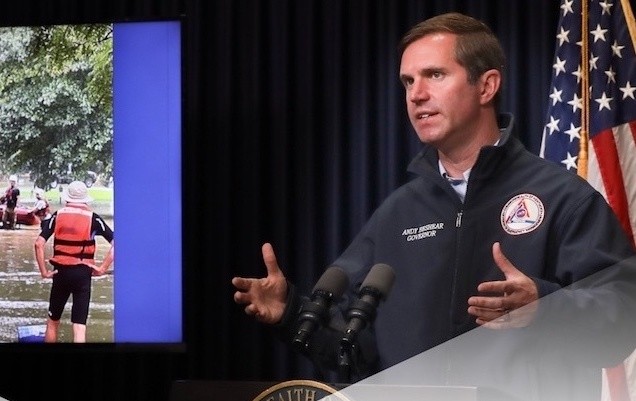 Our Eastern Kentucky families need help. Today we established the Team Eastern Kentucky Flood Relief Fund so people across our commonwealth and our country can help our families in need. The site is now live. Every dollar will make a difference. https://t.co/JlQHDlTtJh

The fund was created to assist those impacted by the floods and severe weather, with hundreds of families expected to lose their homes. On Thursday, the governor called the situation “dynamic and ongoing” and said that officials expect “massive property damage” and “double digit” deaths.

“I wish I could tell you why we keep getting hit here in Kentucky. I wish I could tell you why areas – where people may not have that much – continue to get hit and lose everything. I cannot give you the why, but I know what we do in response to it. And the answer is: Everything we can,” Gov. Beshear said in a statement. “Today, we’re giving everyone that opportunity to help through the Team Eastern Kentucky Flood Relief Fund.”


Drone shots of the #Flooding in #Kentucky after it the water has receded several feet. #KyWx pic.twitter.com/UPgp6XRzx4

As of 5 p.m. on Thursday (July 28) the National Weather Service said flood watches would remain in effect for much of Eastern and south-central Kentucky through Friday night.


More showers and thunderstorms are forecast at times through Friday, with a continued threat of flash flooding. #kywx pic.twitter.com/Q0pIFykI9R

The NWS warned: “Excessive runoff may result in flooding of rivers, creeks, streams, and other low-lying and flood-prone locations. Creeks and streams may rise out of their banks. Flooding may occur in poor drainage and urban areas.”