The Satanic Temple argues that certain abortion pills should be available through the Religious Freedom Restoration Act, which protects Native Americans' use of peyote in religious rituals. 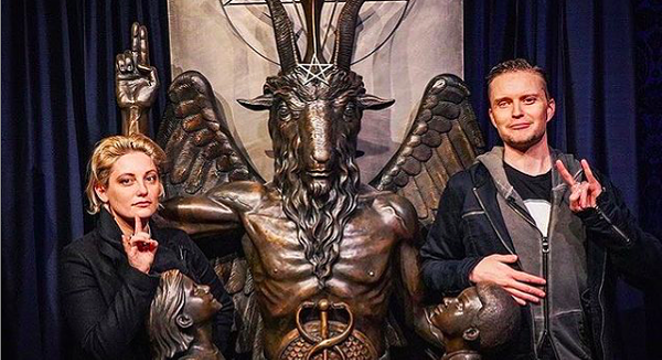 The Satanic Temple has joined the legal wrangling to block or overturn Texas' severe new abortion law and warn Ohio and other states against such laws.

That law, which the U.S. Supreme Court refused to block last week, bans the medical procedure after six weeks, including in cases of rape and incest.

The Salem, Massachusetts-based Temple filed a letter with the U.S. Food and Drug Administration arguing that its Texas members should have legal access to abortion pills. The group's attorneys contend that its status as a non-theistic religious organization should ensure access to abortion as a faith-based right.

In the letter, the Temple argues that abortion pills Misoprostol and Mifepristone should be available for its use through the Religious Freedom Restoration Act, which protects Native Americans' use of peyote in religious rituals. The Temple says those same rights should apply to the drugs it uses for its own rituals.

“I am sure Texas Attorney General Ken Paxton — who famously spends a good deal of his time composing press releases about Religious Liberty issues in other states — will be proud to see that Texas’s robust Religious Liberty laws, which he so vociferously champions, will prevent future Abortion Rituals from being interrupted by superfluous government restrictions meant only to shame and harass those seeking an abortion," said Lucien Greaves, the Temple's spokesman and co-founder, in an emailed statement.

“The battle for abortion rights is largely a battle of competing religious viewpoints, and our viewpoint that the nonviable fetus is part of the impregnated host is fortunately protected under Religious Liberty laws,” Greaves added.

The Temple also decried Ohio's Senate Bill 27 after it was signed into law by Gov. DeWine last year, calling it unconstitutional. It basically says fetal remains from a surgical abortion must be either cremated or buried (by the abortion facility, or, under certain circumstances, the birth parent).

“This is an outrageous and unconstitutional affront to religious liberty. Ohio’s desire to dictate funeral procedures cuts at the heart of religious freedoms as these rites have been an essential component of religious practices for thousands of years," said The Temple's Religious Reproductive Rights spokesperson Sydney Goodwin.

The organization — an IRS-recognized atheist church with 300,000 members — has filed other suits in multiple states to highlight religious overreach.

The U.S. Supreme Court last year declined to hear a case brought by the Temple to overturn Missouri abortion laws. And, in one of its highest-profile suits, the organization argues that it should be allowed to place a bronze statue of the goat-headed entity Baphomet in the Arkansas Capitol since the state is displaying a Ten Commandments monument there.

There is some concern that Texas' new abortion ban will have a cascading impact here in Ohio, where Lebanon City Council in Warren County passed an ordinance in May to declare itself a “sanctuary city for the unborn."

Violating the law is punishable by up to six months in jail and a $1,000 fine. There are no exceptions for instances of rape or incest, but there are loopholes for ectopic pregnancies or miscarriage.

The ACLU of Ohio called the ordinance “blatantly unconstitutional,” and ripe for legal challenge.

According to Aileen Day, communications director for Planned Parenthood, the city of Mason is also considering a similar law.

A portion of this story was first published by CityBeat sister paper the San Antonio Current.