An investigation by the Center for Public Integrity shows that Trump's campaign has received, but hasn't paid, invoices from nine municipalities totaling more than $840,000. 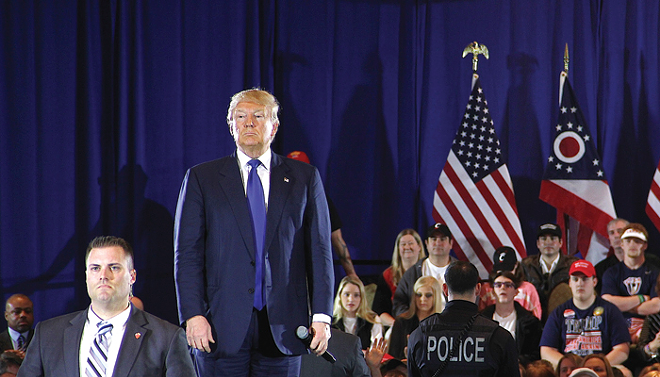 President Donald Trump's Oct. 12, 2018 campaign rally in Lebanon, Ohio brought a lot of excitement. But, according to a report published today by the Center for Public Integrity, the campaign left something else behind — a $16,191 bill for security services fronted by city taxpayers.

According to the report, the bill — which includes $7,060 to pay 23 Lebanon police officers, $2,000 to pay five of the city's electrical department workers and $6,931 for labor, vehicle use, lighting and fencing from the city's public services department — remains unpaid.

“There’s a lot of benefit when a president comes here: economic benefits, more visibility for our community,” Lebanon Mayor Amy Brewer told CPI, which produced the story in partnership with NBC News and CNBC. “But I would hope and believe the Trump campaign would pay its bills. It’s our taxpayer dollars.”

Not every city invoices campaigns for rallies. For example, the reports says, a Trump event in Youngstown in July 2017 racked up $11,147 in police overtime costs. The city opted not to invoice the campaign, however.

The Lebanon event reportedly didn't have a contract associated with it. The Trump campaign has signed those contracts for public safety measures in other cities, though in a few cases, it hasn't paid those bills in full or in a timely matter.

Trump isn't the only candidate who has skirted payment for municipal security measures. CPI says some Democratic Party primary contenders in 2016 also ran up public safety bills in some cities.

U.S. Sen. Bernie Sanders, for example, once had $449,000 in unpaid campaign-related bills from 23 municipalities, the report says. The campaign at one point said it did not contract with those municipalities for security and didn't dictate the level and kind of security at the events. Sanders' campaign eventually paid those bills in 2018. Other candidates — including Democratic Party primary frontrunner Joe Biden — are mum about whether they will foot the bill for security at campaign rallies.

Unlike Sanders, who reported his debts as "disputed," Trump may face legal trouble with the Federal Elections Commission because he did not list debts for events like the Lebanon rally on mandatory campaign filings.