Trump to Host Fundraiser in Cleveland Aug. 6: $35,000 for a Photo with the President 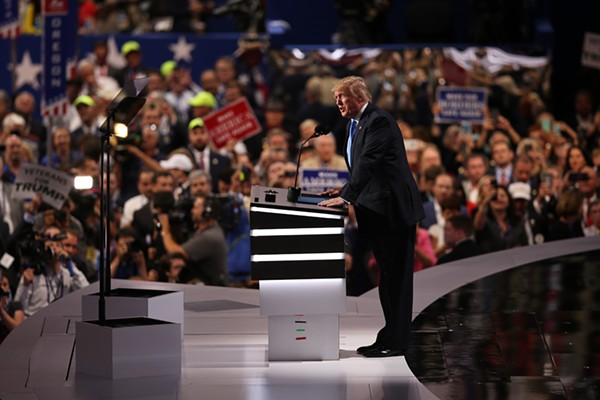 Ideastream and other local outlets have reported that President Donald Trump intends to host a fundraiser in Northeast Ohio on Aug. 6.

Cleveland.com reports that the location is likely to be the Shoreby Club in Bratenahl and that Chicago Cubs owner Todd Ricketts and television personality Kimberly Guilfoyle are scheduled to make celebrity appearances.

WKYC reports that Lake County businessman Ed Crawford will be among the local hosts. Ideastream heard that local investment banker and former GOP candidate Mike Gibbons is also among them.

The fundraiser news comes shortly after it was announced that Case Western Reserve University and the Cleveland Clinic would co-host the first presidential debate between Trump and Joe Biden on Sept. 29 at the new Health Education Campus (HEC). Case and Clinic stepped in when Notre Dame University backed out. Biden is now also airing ads in Ohio, which for months was thought to be in the bag for Trump.