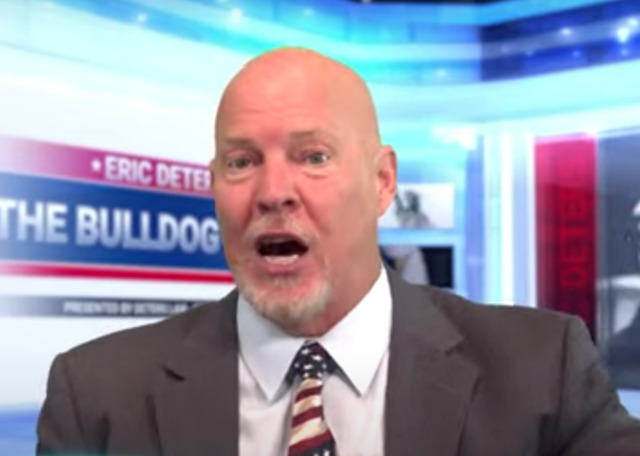 The 20th anniversary of 9/11 is inspiring solemn memorials throughout Kentucky and… Trump fests? At least two are scheduled for this weekend in Kentucky.

The first is in the southern part of Western Kentucky — Muhlenburg County. Tickets to this three-day event at the county’s agriculture and convention center start at $125 and feature a slate of conservatives who have spread conspiracy theories that the election was stolen from Donald Trump, such as Trump fanboy attorney Lin Wood and My Pillow magnate Mike Lindell.

The second is in the Northern Kentucky city of Morning View. The Freedom Fest, held by disgraced attorney Eric Deters, also features groomed mouthpieces of the far-right, Kimberly Guilfoyle and Tomi Lahren. And, it’s described by Deters as being for those “who are frustrated with the masks and the mandates and the vaxx and the lousy president,” “people who support Trump, people who support the Constitution, the Bill of Rights” and those who “believe in God.”

Brad Barton, a conservative influencer based in Tennessee has not, as far as we know, said, why he chose Kentucky as the location for his “We the People Reunion” in Muhlenburg County. Deters is a Kentucky native who is holding his Freedom Fest on his own property.

Kentucky, a decidedly red state, is somewhere in the middle when it comes to the number of residents who have been arrested for participating in the failed Jan. 6 insurrection at the U.S. Capitol. More than a dozen Kentuckians have been arrested, while Florida, Texas, Pennsylvania, New York and Ohio lead the pack with more than 27 arrested rioters each.

The Kentucky Trump events are happening as the Department of Homeland Security warns of possible terrorism threats leading up to and following 9/11 from those inspired by foreign terrorists, as well as home-grown domestic terrorists who “may seek to exploit the emergency of COVID-19 variants by viewing the potential re-establishment of public health restrictions across the United States as a rationale to conduct attacks.” (DHS Secretary Alejandro Mayorkas recently said that it has registered no “credible, specific threats” on Sept. 11 but that it is “ever vigilant.”)

A sergeant with the Greenville police in Muhlenburg County told WEHT News that the area’s emergency agencies are keeping “an eye on everything.” The county will also be host to Muhlenberg Remembers, an annual 9/11 remembrance event on the day of Sept. 11.

Deters has said in a YouTube video that he is providing security at Freedom Fest and he has met with Kenton County police.

These events are also occurring during a week in which Kentucky hit its highest daily COVID case numbers since the pandemic began.

Trump, meanwhile, is planning to spend Sept. 11 meditating on the tragic events of the terrorist attack… *checks notes *…er, offering live commentary at a boxing event in Hollywood, Florida.

This story was originally published by our sister paper LEO Weekly and republished with permission.