The Ohio State University has now ascended to the Best of the Best list. 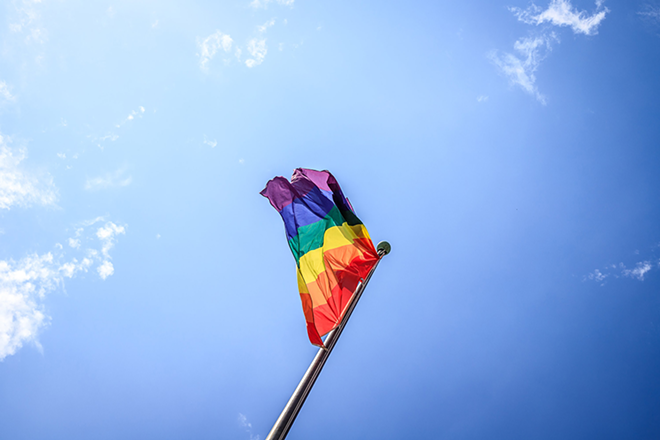 The list is compiled by Campus Pride, the leading national nonprofit organization for student leaders and campus groups working to create a safer college environment for LGBTQ+ students. The institutions recognized achieved the highest percentages in the LGBTQ-friendly benchmarks for policies, programs and practices on the Campus Pride Index, a national benchmarking tool.

For a third consecutive year, Kent State University has found itself on the premier list. Some of the resources offered at Kent include the QUEST Mentorship Program, the LGBTQ+ Library, the LGBTQ+ Emergency Fund, the LGBTQ Studies minor, university counseling services, university legal services, the universal restroom map, the chosen name change process and gender-inclusive housing.

“Being named to this list indicates a continued commitment to serving the needs of our LGBTQ+ community here at Kent State,” said Lamar R. Hylton, Ph.D., senior vice president for student affairs at Kent State. “I am incredibly proud of the work emanating from the LGBTQ+ Center along with the work of our campus and community partners.”

After years of achieving a 5-star rating on the Campus Pride Index, The Ohio State University has now ascended to the Best of the Best list. OSU offers a wide range of LGBTQ+ services and support including health and wellness programs on campus, mental health support, crisis support, and LGBTQ-specific sexual health info.

Although there are more than 15 different LGBTQ+ student groups currently on the roster at The Ohio State University, in the beginning, there was just one. In 1971, the OSU Gay Liberation Front was founded, but was denied official University recognition.

Under a new administration, the Gay Activists Alliance was officially approved, and they were granted office space in 1973. They created a speakers bureau in 1974, sponsored the first gay rights rally ever held in central Ohio in 1976, changed their name to Gay Alliance in 1978, and sponsored a “Gay Student Orientation” in 1980. In 1985, they changed their name to Gay and Lesbian Alliance and hosted the first Ohio State “Coming Out Day” in 1989. In Ohio House Campaign, Jim Obergefell Prepares to Fight Again for LGBTQ+ Protections: Same-sex Cincinnati couples are worried about the future of their marriages after the fall of Roe v. Wade. Religious Lobbying Group Helped Write Ohio Bill That Would Use Public School Funds for Private Schools: Crossroads Church in Oakley invited a transphobic speaker from the same religious group to give a sermon in 2021.

This story was originally published in the Buckeye Flame and republished here with permission.