University of Cincinnati Says No to COVID-19 Vaccine Mandates for Students, Employees

While UC says no to vaccine mandates, Xavier hasn’t yet made its decision. 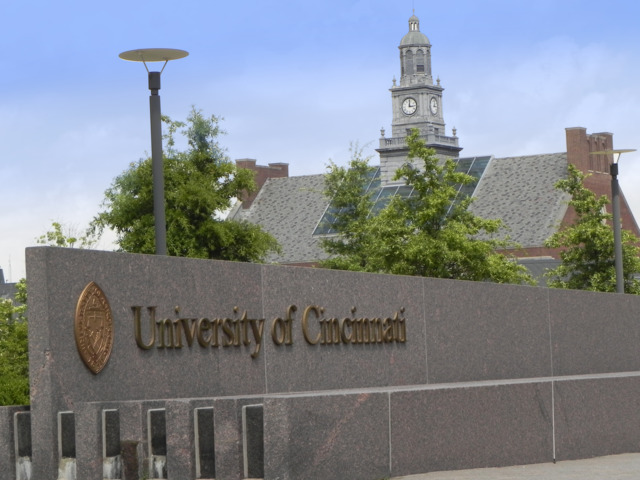 Most Ohio’s colleges and universities say they will not require students to receive the COVID-19 vaccine to return to campus next fall.

All the largest institutions in the state — Ohio State University, the University of Cincinnati, Ohio University and others — said via spokespeople they have no plans to require students and employees to take the vaccine.

Just two Ohio universities to date have announced plans to require the vaccine to some extent: Cleveland State University and Kenyon College, a small liberal arts school in Knox County.

Colleges already require students to show proof of a host of vaccines. For instance, OSU requires students take the Hepatitis B, Polio, Varicella and three other immunizations before enrolling.

The Food and Drug Administration (FDA) granted an emergency use authorization for the three available COVID-19 vaccines as opposed to full approval, given the dire nature of the pandemic.

While the COVID-19 vaccines underwent clinical trials with tens of thousands of participants and are under ongoing federal scrutiny, the emergency-use status muddles calculations on requirements. Similarly, vaccine requirements and proof of vaccination has fallen into a polarized political morass that universities may seek to avoid.

The Association of Independent Colleges and Universities of Ohio, which represents dozens of smaller colleges, declined an interview request.

Here’s how schools responded when asked what their plans are.

CSU cited the increasing availability of vaccines in its decision. It will require vaccinations for all students living on campus.

“We will be doing our best to ensure that every member of our university community is vaccinated,” said university president Harlan Sands. “Now that the vaccine is available to everyone over the age of 16 in Ohio, we’re encouraging our students, faculty and staff to take advantage of the fantastic mass vaccination center at our Wolstein arena or another site that’s convenient.”

“Requests for reasonable accommodations for sincerely held religious beliefs and medical exceptions will be considered on an individual basis, but it is our expectation that an overwhelming majority of students will be vaccinated,” he said.

OSU, by far the state’s largest university, said it will not require the vaccine but is encouraging students to take it. UC and Oberlin College made similar statements.

Some schools said they have no plans to require the vaccine “at this time,” possibly leaving the door open in the coming months. These include the University of Toledo and Miami University, in Oxford.

OU spokeswoman Carly Leatherwood says there are no plans for a mandate in Athens.

“With the vaccine being under an Emergency Use Authorization (EUA), most universities and workplaces are not requiring vaccine,” she said. “We are working hard to encourage everyone – students, faculty, and staff to get vaccine as soon as possible.”

Some schools are still hashing out a plan.

“We have not as yet set our expectations about vaccinations for students and employees for next year, but continue to strongly encourage students, faculty and staff to be vaccinated,” said Cilla Shindell, a spokeswoman for the University of Dayton.

Xavier hasn’t yet made its decision, said spokesman Doug Ruschman. However, he said the college estimates about 50% of students have already received the vaccine.

BGSU hasn’t yet made its decision, according to chief university health officer Ben Batey.

Communications staff for Kent State University and the University of Akron did not respond to inquiries.