The legislation removes marijuana from the federal Controlled Substances Act, eliminating the conflict between state and federal marijuana laws. 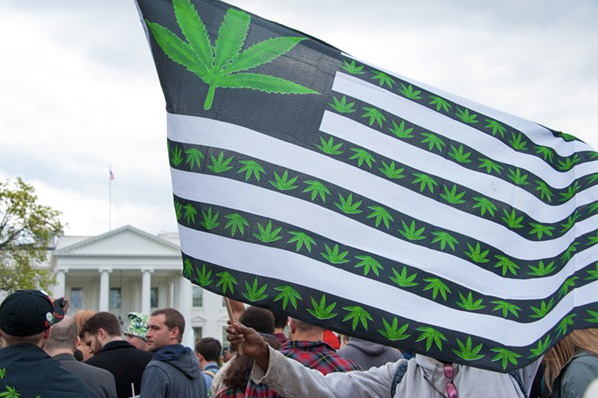 We are now one step closer to the federal decriminalization of cannabis.

Members of the House of Representatives voted on Friday to approve the Marijuana Opportunity, Reinvestment, and Expungement (MORE) Act, HR 3884 — the first legalization bill to ever make it to the floor of Congress.

The 228-164 vote fell largely along party lines, with six Democrats voting against the bill and five Republicans voting for it.

The legislation removes marijuana from the federal Controlled Substances Act, eliminating the conflict between state and federal marijuana laws. The conflict has had numerous repercussions, including making banking difficult for cannabis businesses and traveling with weed across state lines illegal, for example.

"This is a historic day for marijuana policy in the United States," Justin Strekal, political director of the National Organization for the Reform of Marijuana (NORML), said in a statement.

"This vote marks the first time in 50 years that a chamber of Congress has ever revisited the classification of cannabis as a federally prohibited substance and sought to close the rapidly widening chasm between state and federal marijuana policies."

The legislation would also expunge some criminal records, allow for more testing and research of the substance, allow veterans for the first time to obtain medical cannabis recommendations from their VA doctors, remove the threat of deportation for immigrants accused of minor marijuana infractions or who are gainfully employed in the state-legal cannabis industry, and create funding for people and communities impacted by the War on Drugs.

"By going on the record with this vote, House members have set the stage for a much-needed legislative showdown in 2021 when we will have the Biden administration in office — one that has publicly expressed an appetite for advancing the restorative justice remedies outlined in the MORE Act," NORML executive director Erik Altieri said in a statement. "We are primed and ready for this legislative debate and we expect, ultimately, to win it."

The legislation heads next to the Republican-controlled Senate, which has indicated it will likely not take up the measure anytime soon. However, perhaps it will fare better in 2021: President-elect Joe Biden has said he supports marijuana decriminalization, and the MORE Act's lead Senate sponsor is Vice President-elect Kamala Harris.