U.S. House Passes Bill to Federally Decriminalize Cannabis, But It's Unclear if Senate Has the Votes

If the legislation passes the Senate, it would expunge or resentence incarcerated people with nonviolent cannabis convictions. 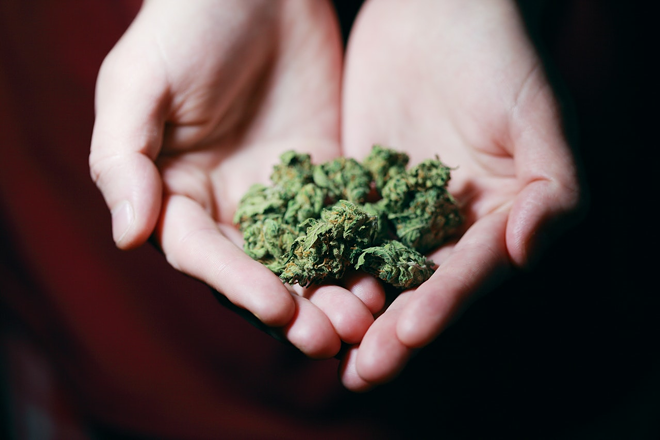 Photo: Sharon McCutcheon, Pexels
Could weed be legal in the United States soon?

Cannabis prohibition is now quite possibly the closest it has ever been to ending in the United States — finally.

On April 1, the U.S. House of Representatives voted to approve H.R. 3617, the Marijuana Opportunity, Reinvestment, and Expungement (MORE) Act. The legislation passed 220 to 204, largely along party lines, with Democrats in support and Republicans opposed.

If it passes the Senate, the legislation would remove cannabis from the federal Controlled Substances Act, as well as expunge or resentence incarcerated people with nonviolent cannabis convictions.

It's only the second time in more than 50 years that Congress has voted to repeal cannabis prohibition. In 2020, the U.S. House voted to decriminalize cannabis for the first time in its history, but the effort was stalled in the Republican-controlled Senate. Now that the Democrats have a narrow majority in the Senate, the prospects of an end to cannabis prohibition have never been higher, though it isn't yet fully clear if enough Democrats and Republicans are on board. Senate Majority Leader Chuck Schumer of New York has said cannabis legalization is a top priority, however.

The bill was introduced by House Judiciary Chairman Jerrold Nadler of New York.

"Whatever one’s views are on the use of marijuana for recreational or medicinal use, the policy of arrest, prosecution, and incarceration at the federal level has proven both unwise and unjust," Nadler said in his opening statement. "For far too long, we have treated marijuana as a criminal justice problem, instead of as a matter of personal choice and public health."

While many states have legalized cannabis for adult use in recent years, an end to federal prohibition would eliminate the conflict between federal and state laws, and open the industry up to banking and the transportation of cannabis across state lines, for example.

According to a Congressional Budget Office analysis, the passage of the Act would increase revenues by over $8 billion in ten years. Furthermore, a recent Pew Research poll found that the vast majority of Americans support cannabis legalization.

Guest Commentary: Kentucky Republicans Are Sinking Medical Marijuana's Chances Again: If a couple of dinosaurs don’t like a piece of legislation, they can make sure it never sees a vote, the author says.


"This vote is a clear indicator that Congress is finally listening to the vast majority of voters who are sick and tired of our failed marijuana criminalization policies and the damage they continue to inflict in communities across the nation every day," said Morgan Fox, the political director of the National Organization for the Reform of Marijuana Laws. "It is long overdue that we stop punishing adults for using a substance that is objectively safer than alcohol, and that we work to address the disparate negative impacts that prohibition has inflicted on our most vulnerable individuals and marginalized communities for nearly a century."

Fox added, "The time has come for federal lawmakers to put aside partisan differences and recognize that state-level legalization policies are publicly popular, successful, and are in the best interests of our country. Now that the House has once again supported sensible and comprehensive cannabis policy reform, we strongly urge the Senate to move forward on this issue without delay."

In voicing her support, U.S. Rep. Rashida Tlaib of Michigan called the war on drugs racist and said that the More Act "is a common-sense bill." 
"Colleagues, as someone who grew up in a community on the frontline of the racist so-called war on drugs, I am proud to stand here today and supported the MORE Act to finally decriminalize marijuana and expunge marijuana-related convictions," she said. "The war on drugs was designed as a project to target our Black and brown communities, and the obvious racial disparities in enforcement show us that it still is, at its core, an effort targeting communities of color through war over-policing, criminalization, and mass incarceration."

She added, "This is a good start on the road to repairing the damage, but we still have work to do. We must be bold. Our goal must be to end the country's militarized jail first, ask questions later approach to addiction, and to stop trying to solve social problems with more criminalization."