In a series of tweets Sunday, President Donald Trump suggested four progressive Democrats should "go back" to the "totally broken and crime infested places from which they came," causing ire. 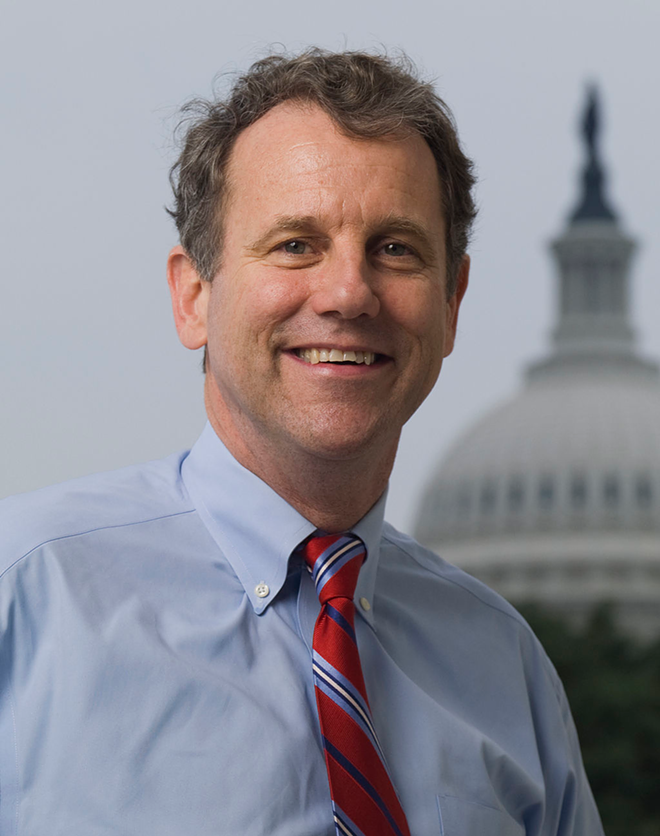 After President Donald Trump posted an inflammatory series of tweets telling four Democratic representatives to "go back" to the "totally broken and crime infested places from which they came," Ohio's Democratic senator has responded, calling the president racist.

In the series of tweets Sunday, Trump lashed out at four unnamed members of Congress widely thought to be Reps. Alexandria Ocasio-Cortez of New York, Ilhan Omar of Minnesota, Ayanna Pressley of Massachusetts and Rashida Tlaib of Michigan.

The four members of Congress, all women of color, have been in the news this week over an ongoing war of words with Democrat House Speaker Nancy Pelosi. All four are American citizens. Ocasio-Cortez was born in New York. Tlaib was born in Michigan. Pressley was born in Cincinnati and raised in Chicago. Omar was born in Somalia and her family immigrated here when she was 12.

"So interesting to see 'Progressive' Democrat Congresswomen, who originally came from countries whose governments are a complete and total catastrophe, the worst, most corrupt and inept anywhere in the world (if they even have a functioning government at all), now loudly and viciously telling the people of the United States, the greatest and most powerful Nation on earth, how our government is to be run," Trump wrote in a series of tweets. "Why don’t they go back and help fix the totally broken and crime infested places from which they came. Then come back and show us how it is done. These places need your help badly, you can’t leave fast enough. I’m sure that Nancy Pelosi would be very happy to quickly work out free travel arrangements!"

The tweets caused uproar. Among those condemning the posts is U.S. Sen. Sherrod Brown of Ohio.

"The president has shown repeatedly since the Central Park Five to questioning Obama's (country of) birth to Charlottesville that he is a racist. Period," Brown told reporters on a conference call today. "And he’s almost proud of it."

Brown, a left-leaning Democrat, has long been critical of Trump. He also called the president "racist" in February during an interview on NBC's Meet the Press.

Other Democrats have also condemned Trump's remarks, though most GOP lawmakers have been mum on the subject.

“That’s not something I would say, and I think it’s divisive, unnecessary and wrong," U.S. Sen. Rob Portman said in a statement this afternoon.

"Those tweets are racist and xenophobic," U.S. Rep. Will Hurd of Texas told CNN. "It’s also behavior that’s unbecoming of the leader of the free world. He should be talking about things that unite, not divide us."

Trump has doubled down, pointing to statements some of the women have made critical of Israel and calling them "anti-Semitic" in subsequent tweets.

"President Trump loves this country & doesn't like it when elected officials constantly disparage it & spew anti-Semitic rhetoric," Trump 2020 presidential campaign communication director Tim Murtaugh tweeted today. "All Dems have leapt to defend the ‘Blame America First’ crowd when they really should be defending America & rooting out anti-Semitism in their ranks."