Polls are mixed, but Vance and Ryan are clearly in a dead-heat race for Ohio's U.S. Senate seat. Photo: Madeline Fening
Senate candidate J.D. Vance addresses an audience of about 40 Middletown supporters on Oct. 19, 2022, as his race against Tim Ryan enters a dead heat.

“We’re ahead,” Vance said to a small but dedicated group of supporters at the Butler County Republican Party headquarters. “Even in the 'fake media' polls – the same polls that said Joe Biden would win Ohio by a point – even those polls show us up by a couple points in the state of Ohio.”

As of press time, polls show mixed results on the two candidates. A USA Today/Suffolk University poll shows Vance with a razor thin lead on Ryan of 47%-45%. The result is within the 4.4 percentage-point margin of error. However the Institute for Civics and Public Policy (ICAPP) at Ohio Northern University shows that Ryan holds a slight lead over Vance, 43%-41%.

“Although a longshot, it would appear that Tim Ryan has a legitimate chance to flip a Senate seat that would have been unthinkable six months ago,” Dr. Robert Alexander, poll project leader at Ohio Northern University, said in his findings. “In a time where few voters split their tickets, it is likely that Ohio will witness a significant number of DeWine-Ryan voters in November.”

Vance is using his final weeks on the campaign trail attempting to link immigration to drug trafficking and blaming President Joe Biden for the influx of fentanyl making its way into the United States.


“When Joe Biden talks about the fact that it’s compassionate somehow to have a wide open southern border, I look at Middletown and I look at Darke County and I say, ‘It’s sure as hell not compassionate to the people that live here.'"

Vance told the audience of about 40 that his mother – whose struggle with addiction he famously chronicled in his memoir Hillbilly Elegy – is celebrating seven years of sobriety after a long battle with addiction.

“When we have a southern border policy that is compassionate to American citizens that puts our interests first and ensures fully that families in this community get the same second chance my family got,” Vance said.

Over the course of his campaign, Vance has repeatedly attempted to stoke Ohioans' fear of immigrants, particularly from Mexico.

Joyce Ferrell turned out at Vance’s brief appearance to show her support. She told CityBeat she shares Vance's concern for drugs coming into the country.

“Number one thing is the border. Securing it, making me feel safe about the drugs coming in,” Ferrell said. “As an RN, I was over in the alcohol and drug unit. There’s nothing that could kill our population and our young people and destroy them, even if they’re not dead, like the fentanyl.” 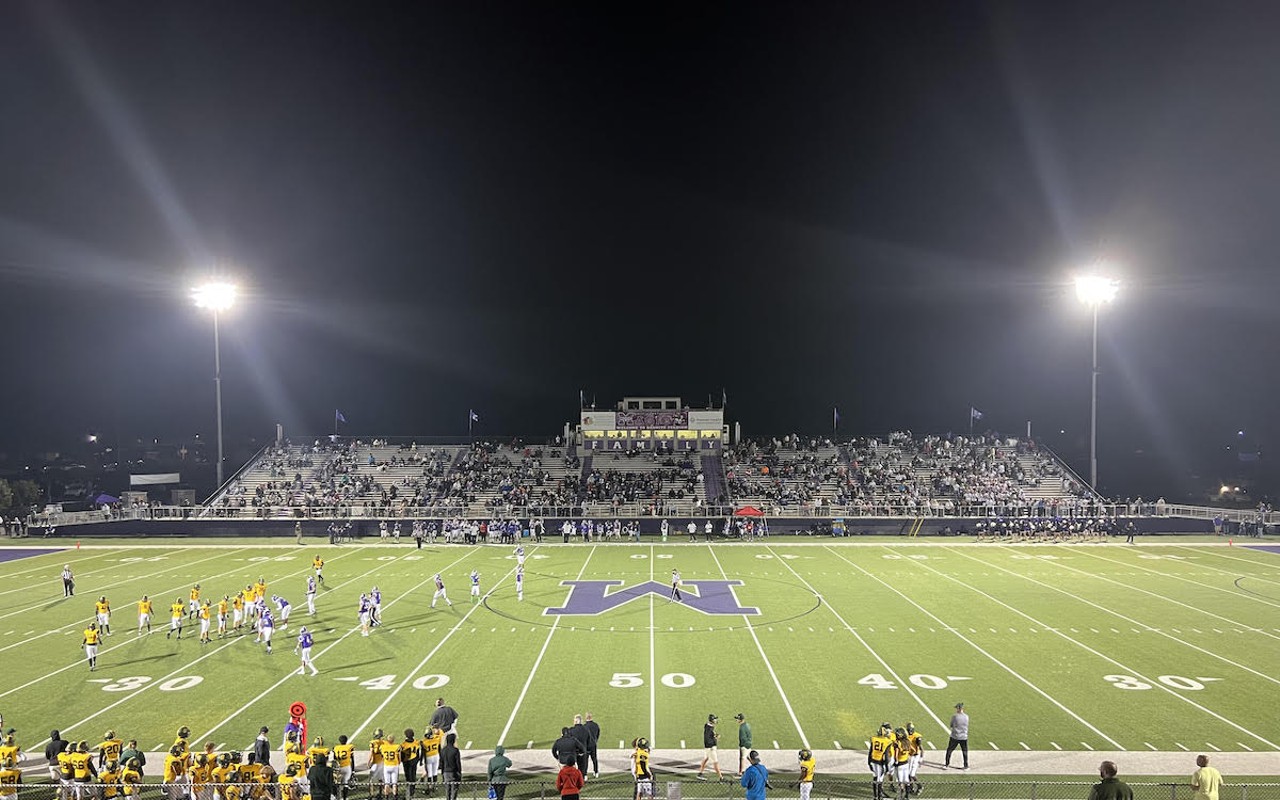 
Ferrell recalled a time while working in the former Middletown Regional Hospital when co-workers told her about Vance’s mother coming into the ER.

“First of all I read his book, and it was so true. I even heard a story about his mom roller skating through the ER because she was high on drugs when I first went there to work,” Ferrell said (CityBeat has not independently confirmed this story).

Ferrell doesn’t believe the polls that say Vance is behind.

“I don’t trust any of them, because when I get those calls I don’t answer them. There’s a lot of people like me,” Ferrell said.